Vodacom gets court order to gag Please Call Me inventor

Makate told reporters he regarded the court application as unnecessary and as a bullying tactic. 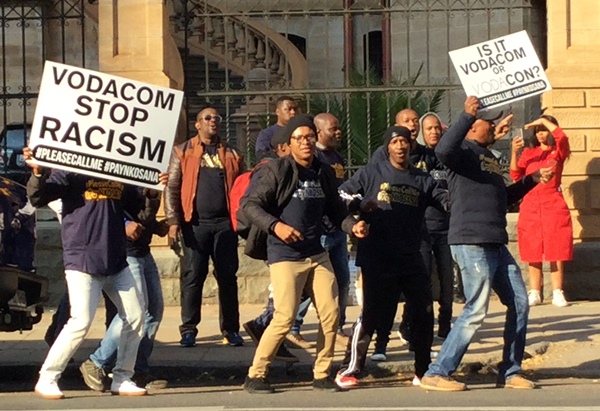 Please Call Me message inventor Nkosana Makate has reached an agreement with Vodacom not to disclose any confidential information about his negotiations for compensation with the communications giant.

The undertaking, which was confirmed as a court order yesterday, followed after Vodacom sought an urgent interdict against Makate, whom it accused in court papers of having embarked on a media campaign to “vilify them at all costs” in order to influence the determination of the compensation he must receive.

The order, however, recorded that Makate had lodged complaints with the Independent Regulatory Board of Auditors and the Companies and Intellectual Properties Commission, which now formed part of its internal processes and that Makate had no further control over the access to that information by third parties or the media.

The accountant and Vodacom have, for the past decade, been locked in a fierce legal battle about the compensation due to him for inventing the Please Call Me (PCM) concept.

He initially lost his legal battle in the high court and the appeal court, but the Constitutional Court two years ago ruled in his favour that Vodacom must negotiate with him to determine a reasonable compensation for the concept.

He declared a deadlock after negotiations broke down a year ago and the issue has now been referred to Vodacom’s group CEO for a decision.

Vodacom turned to the court for relief after a series of newspaper articles and radio interviews which made reference to an alleged offer of R10 million and Makate’s purported claim that it was a “pittance”, did not even cover his legal costs and that Vodacom was unable to determine the revenues generated by the PCM product.

The reports also disclosed that a reputable accounting firm, using Vodacom’s data, had estimated that the 15% Makate was claiming from PCM revenues ran into “tens of billions of rands”.

Vodacom alleged in court papers Makate was deliberately undermining their confidentiality agreement to ensure that a favourable spin was placed on his negotiation position.

Makate told reporters he regarded the court application as unnecessary and as a bullying tactic, as he had already given such an undertaking and intended to stick to it.

He said he hoped to close this chapter in his life soon.