An accident involving a truck carrying oil and a minibus taxi claimed the lives of three people. WARNING: GRAPHIC CONTENT. 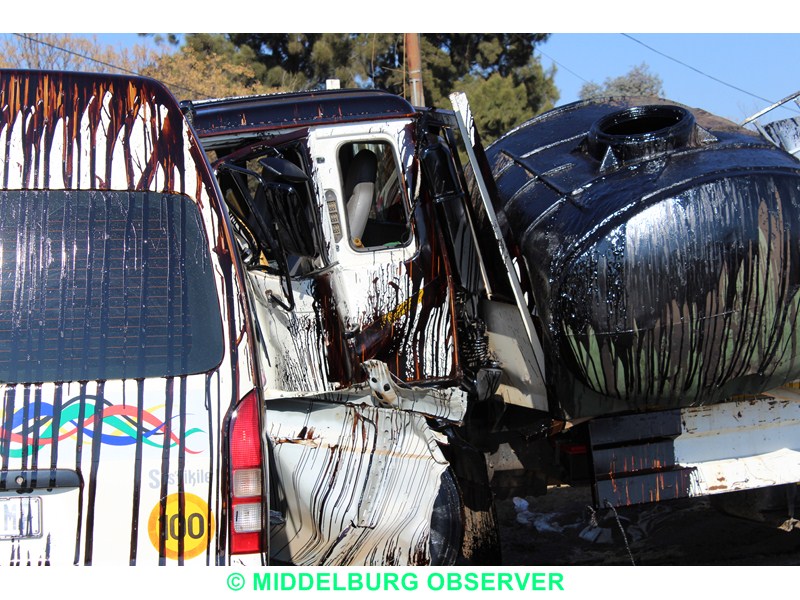 it is alleged that the truck driver could not stop in time and swerved into an oncoming taxi. PHOTO: Sjani Campher.

The tragedy happened on Monday morning at about 08:00 on the R555 (Old Witbank Road), Middelburg Observer reports.

According to an eyewitness, the truck drove into an oncoming taxi travelling from Middelburg after the driver of the truck allegedly lost control. 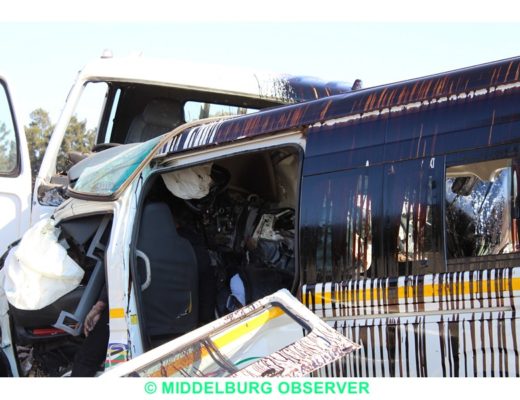 The oil being carried by the truck covered the entire scene. PHOTO: Sjani Campher

The driver of the minibus and two other passengers died on impact. Two passengers were trapped in the taxi and six were transported to the hospital for medical treatment. The truck driver was also transported to hospital. 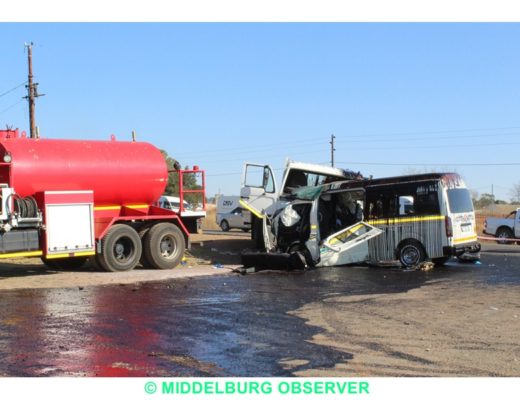 Police have opened a case of culpable homicide.