Six armed men entered the convenience store of the filling station, and an undisclosed amount of money was taken. 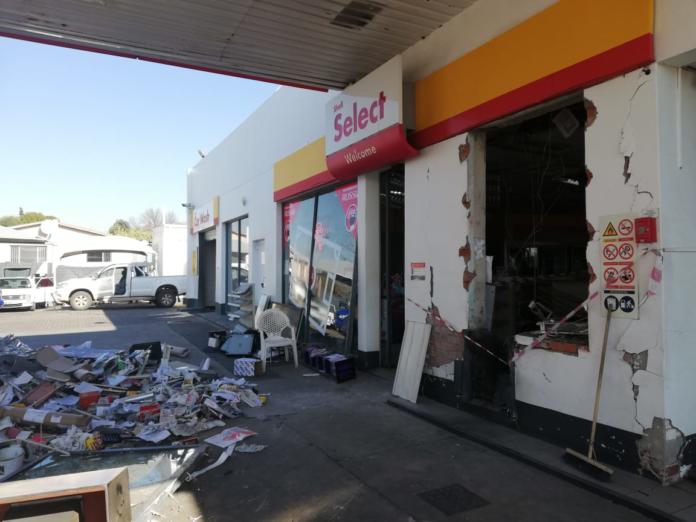 The whole in the wall of the Shell filling station in Generaal De Wet left by the bombing of the safe this morning. PHOTO: PIERCE VAN HEERDEN

An undisclosed amount of money was stolen by a group of thugs in a daring robbery in Bloemfontein in the early hours of this morning, Bloemfontein Courant reports.

Six armed men entered the convenience store of the Shell filling station in Generaal De Wet at about 1.10am. 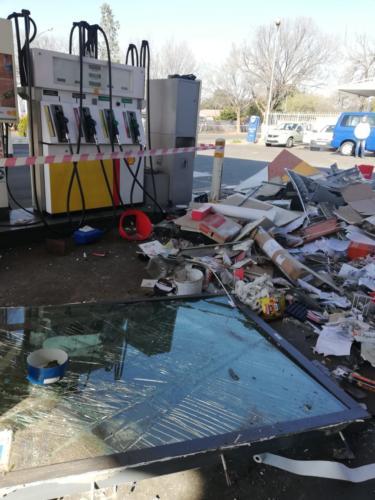 The gang of robbers ordered a staff member and a client to lie down on the floor. They bombed the safe and got away with an undisclosed amount of money. No one was hurt during the robbery. 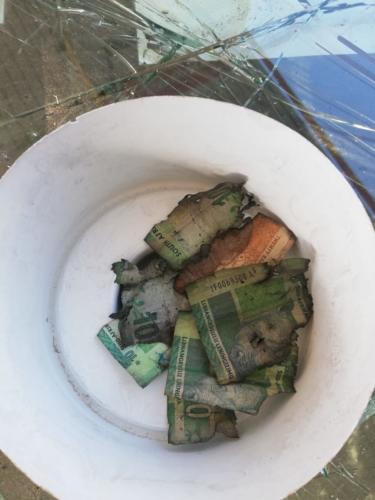 Johan Els, retail owner, told Bloemfontein Courant he could not divulge further information, as Shell’s national office did not allow him to do so.