A security guard was hit by a vehicle while he was sitting on the pavement looking for suspicious vehicles. 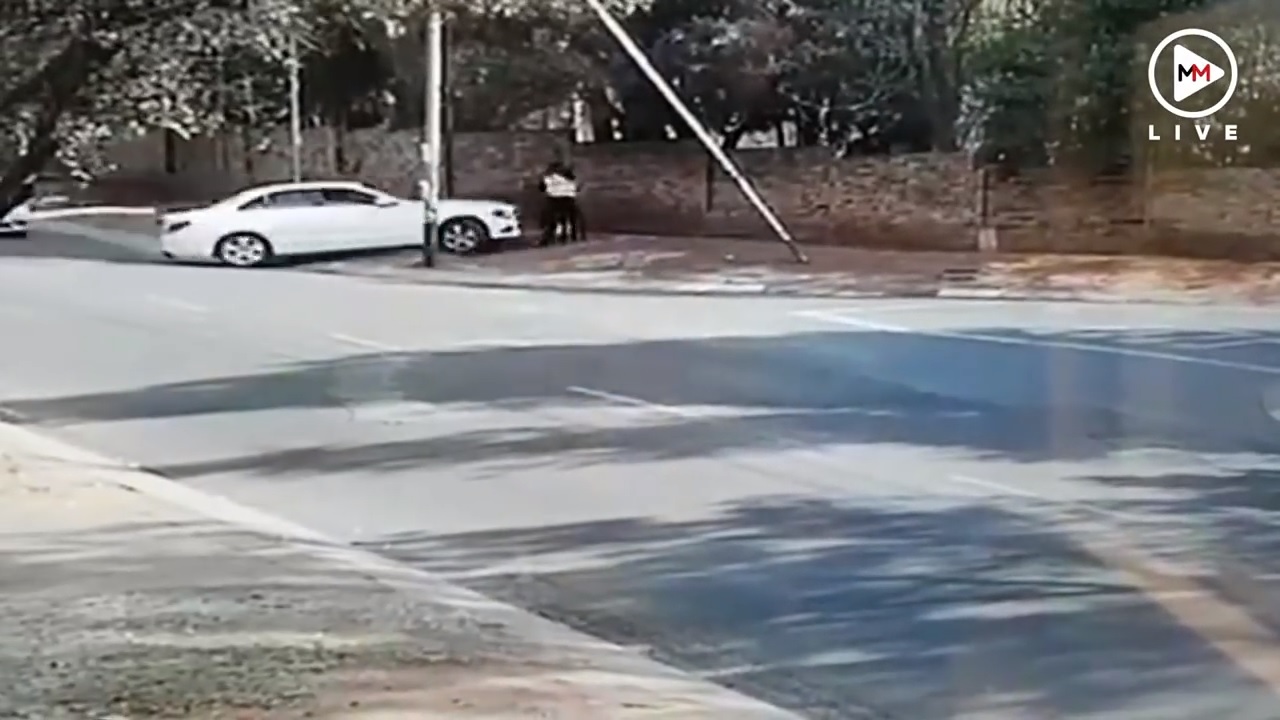 Screenshot of the video.

A video has emerged showing the shocking moment when a car ploughs into a security guard in Morningside, Sandton Chronicle reports.

The incident occurred on Sunday and was captured on CCTV.

The footage shows a white Mercedes-Benz mounting the pavement after narrowly missing two other cars and crashing into the guard, who was sitting on a chair next to the road.

The guard can be seen bouncing off the bonnet of the car into a wall, but he miraculously manages to get up and run away.

Shortly afterwards, the driver of the vehicle is seen emerging from the car, also seemingly unscathed.

CAP Group confirmed the guard is one of their employees and Adam Steyl, spokesperson for the group, confirmed the incident. Steyl added that the guard was on the lookout for suspicious vehicles entering Morningside.

“We can confirm that the individual concerned was injured, received excellent medical care, and has subsequently been discharged from the hospital,” he said.

“The circumstances around this incident dictate that it is investigated by the SAPS, and CAP is cooperating with the investigation. Because of this, we are unable to provide additional detail.”

Sandton police spokesperson Captain Granville Meyer said the incident had not yet been reported to the station.