The suspects were arrested for being in possession of unlicensed firearms and ammunition, as per a case opened at the Sandton Police Station. 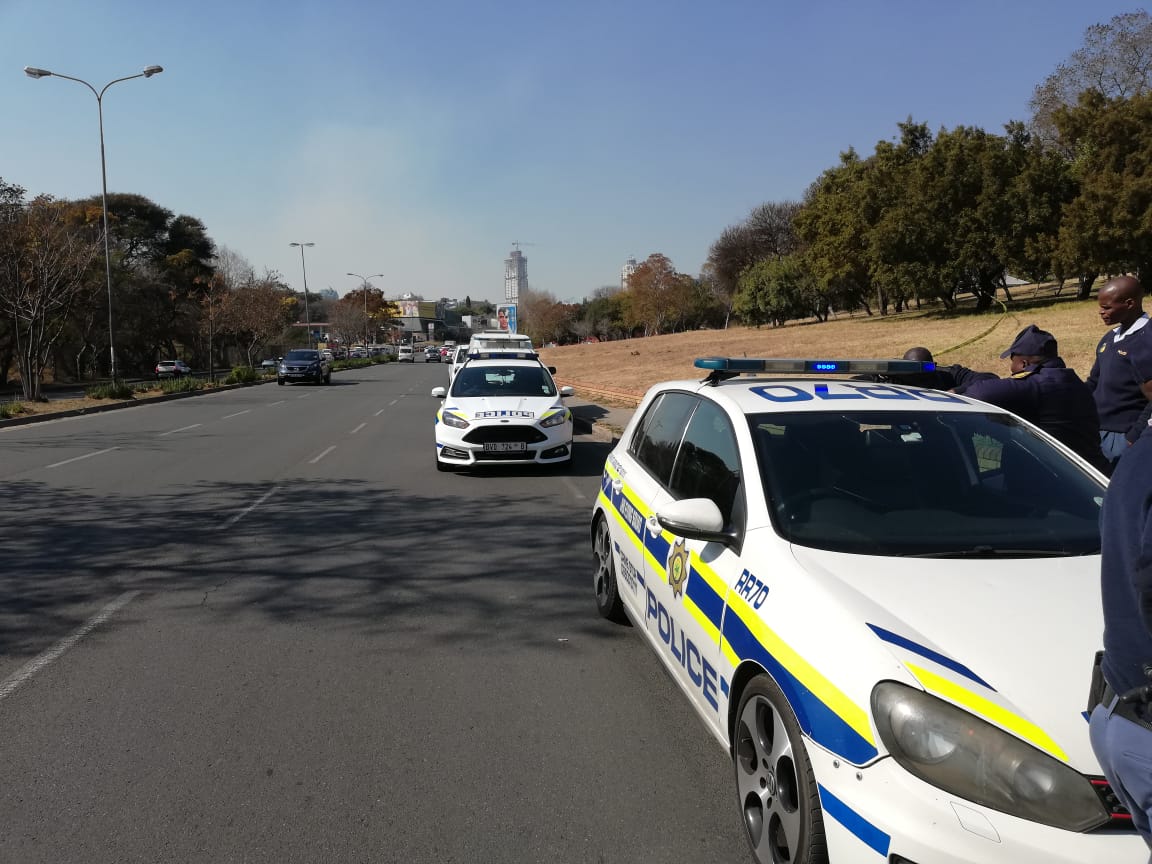 According to Sergeant Desmond Subramoney, Johannesburg Flying Squad officers, Constable Mamabolo and Constable Mogkothi, were conducting a routine patrol just before 11am today, 19 July, when they noticed a suspicious blue Toyota Fortuner with four occupants inside the vehicle, he told Sandton Chronicle. The recovered blue Toyota Fortuner that the suspects were driving. Photo: Supplied

The officers attempted to stop the vehicle but the vehicle sped away and began to drive recklessly in the chase that ensued. One suspect jumped out of the vehicle at George Lea Park and attempted to flee while carrying a black bag.

Constable Mogkothi fired several shots to stop the suspect from getting away. The suspect was apprehended and inside the bag were three 9mm pistols without any serial numbers. Another two suspects were arrested inside the Toyota Fortuner with one unlicensed 9mm Glock pistol. Subramoney added that one suspect is still at large. 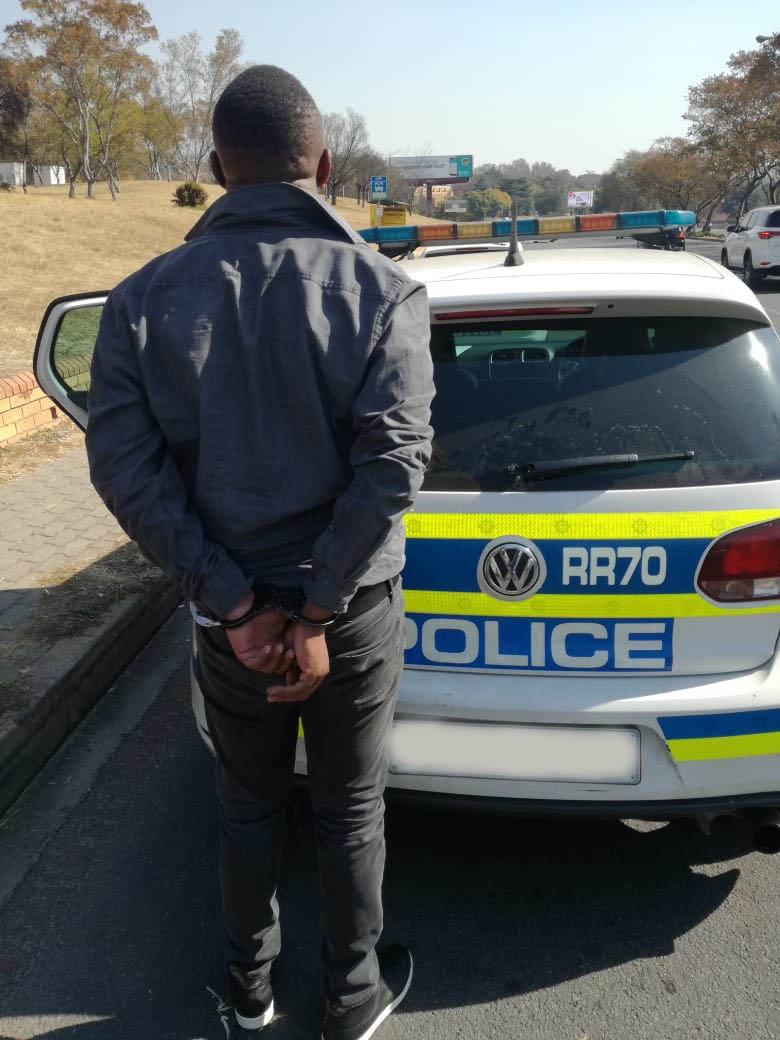 One of the three suspects arrested. Photo: Supplied 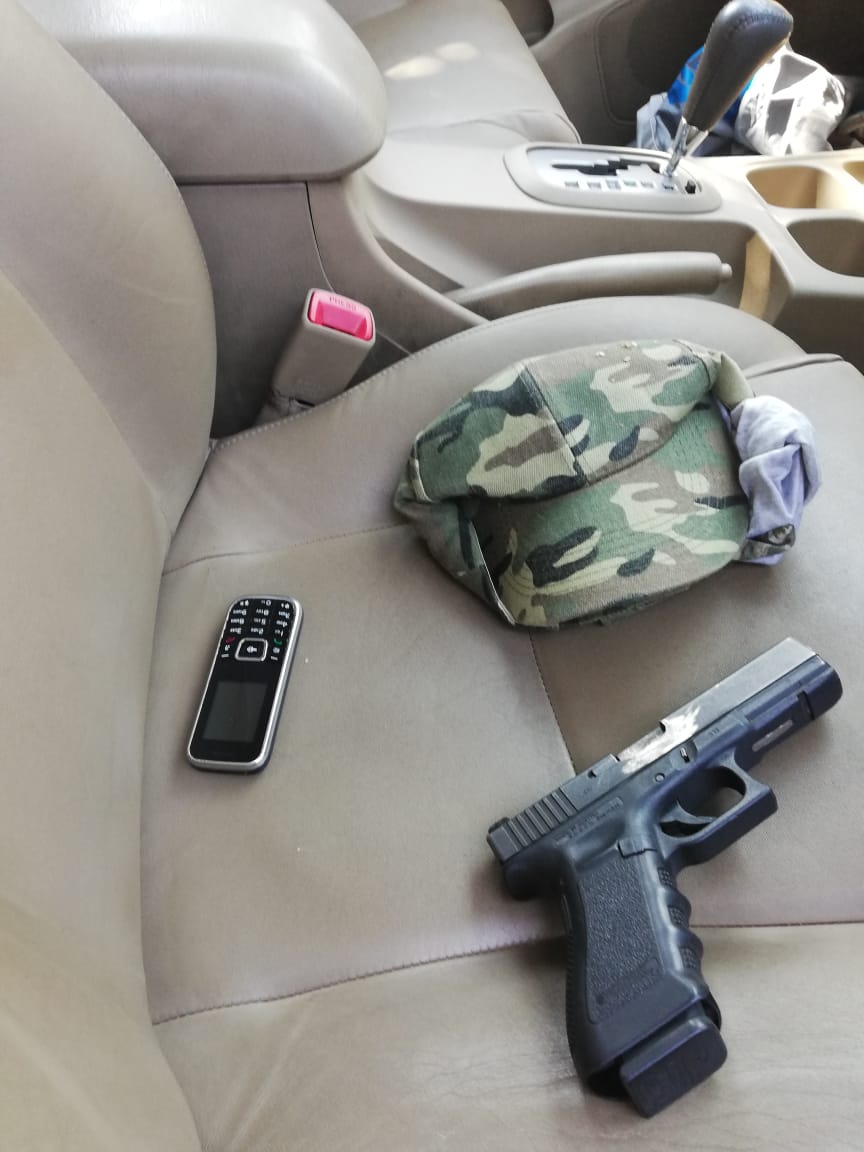 Some of the recovered items. Photo: Supplied

Reports surfaced of a shootout between police and suspects on Sandton Drive at about 11.30am, Sandton Chronicle reported earlier on Thursday.

Captain Kay Makhubela, the provincial police spokesperson, confirmed the incident. He said police chased a Toyota Fortuner with four occupants. One suspect exited the vehicle and fired shots at police.

Reports lead to the assumption that there was a police chase with shots fired on Sandton Drive. The blue Toyota Fortuner which was allegedly involved in the incident was stationed on Balmoral Avenue in Hurlingham.

An eyewitness who saw the police chase said that she had been sitting at a traffic light at Marie Avenue when she saw a blue car driving in the opposite lane into the middle of the intersection. The car then stopped and a man got out and ran away. According to the witness, he was carrying a rifle and fired shots at the police officers who had been chasing him. Police officers also stopped at the intersection and continued to chase the man on foot.

Four firearms were recovered and three suspects arrested. The suspects will be charged with possession of unlicensed firearms. No one was injured during the shootout. 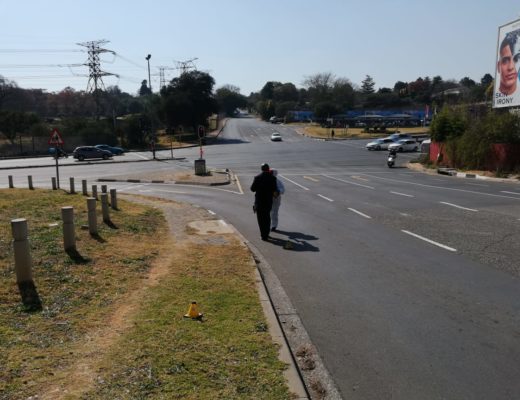 It is alleged that one vehicle was stolen in Parkmore.

Sandton Chronicle’s journalist on the scene explained that traffic was flowing, but there were some delays due to onlookers.

It is unclear at this time how many shots were fired. The suspects have been taken away from the active crime scene. Updates will be provided when more information is made available.