The woman alleged she was in shock and so kept on driving after she hit the 14-year-old. 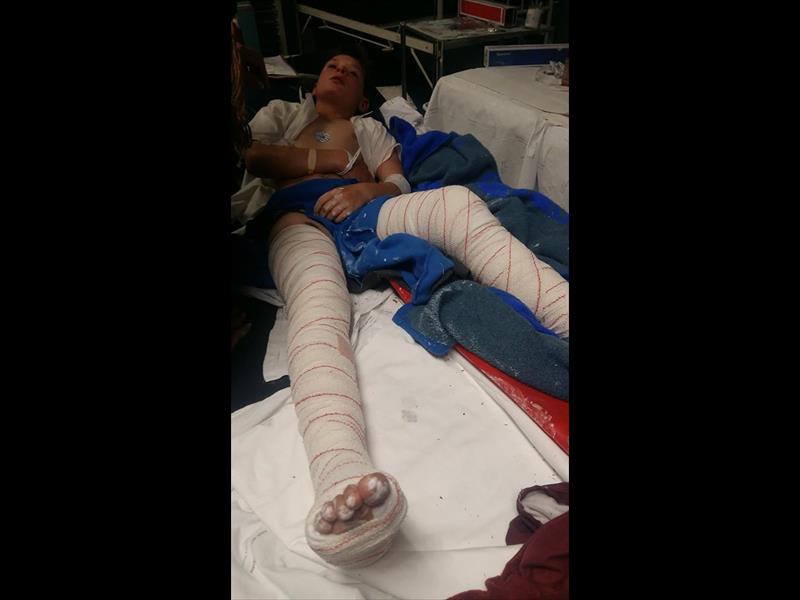 A woman has allegedly admitted responsibility for the accident that left a teenage boy from Pretoria North seriously injured, Pretoria North Rekord reports.

Riaan Conradie, 14, was rushed to Steve Biko hospital on Monday morning after he was hit by a vehicle on the corner of Burger and Station streets.

Both his legs were broken in the accident, among other injuries.

Katie Klopper, Conradie’s housemother at House Gracia child and youth care centre, said the teenager had to undergo an emergency operation after one of his lungs collapsed.

There was an outcry on social media after news broke that the motorist involved in the accident had fled the scene.

A local ward councillor even made an appeal for witnesses to report to the Pretoria North police station.

On Tuesday morning a reliable source confirmed, however, that the involved motorist had, in fact, reported to the police station after the accident.

“The driver, a woman in her 60s, went to the police station on Monday afternoon,” the source told Pretoria North Rekord.

“She told police that she had been in shock after hitting the boy on the road and kept on driving.”

Klopper said on Tuesday that she had also been informed that the driver had handed herself over after the accident.

“We could not confirm this with police yet,” Klopper said.

“I know accidents happen, and if it is true that the driver simply drove off because she was in shock and not to hide what she did, then I feel sorry for her.”

She said on Tuesday morning that Conradie was recovering well in hospital.

“He is breathing on his own now. More scans and X-rays of his broken legs were taken, and the doctors will decide today when they will be able to operate on his legs.”

Police could not immediately give more information on the accident or the involved motorist, but said investigations were going on.

Some Facebook users claimed that the main cause of accidents was the lack of visibility on the roads.

“Even though the metro started with repairs, there is a massive backlog of streetlights that still need to be fixed,” said Duvenage.

“I have made an urgent request for streetlight repairs, especially on our main roads.”