Vulnerable grant recipients want a court order compelling the state to protect them from exploitative deductions. 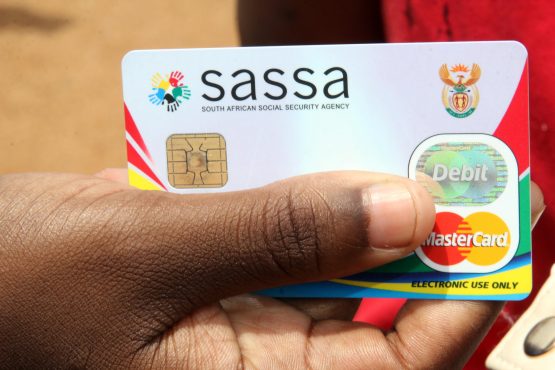 Patricia Saptoe, a 63-year old pensioner, had a total of R90 deducted from her South African Social Security Agency (Sassa) grant of R1 270 in March 2015 without her consent.

The deductions were in 18 tranches of R5 each for prepaid airtime. Two months later, 10 more deductions of a similar amount for airtime were processed from her account.

Sipho Bani, an 89-year old pensioner, faced a similar fate. A total of R4 391 was wrongly deducted from his account without his consent between May 2015 and February 2016. He spent over R400 in an attempt to stop the deductions.

Although Saptoe and Bani have queried the deductions with Sassa and incumbent social grant distributor Cash Paymaster Services (CPS), they have not been reimbursed for the full amounts.

The deducted money may be a pittance for many, but for social grant beneficiaries, who are SA’s most vulnerable citizens, it’s a substantial amount. Saptoe and Bani are among six beneficiaries who have taken their fight against Sassa and the Department of Social Development all the way to the Supreme Court of Appeal (SCA) in Bloemfontein.

JSE-listed Net1 UEPS, its financial services subsidiaries CPS, Smart Life Insurance and EasyPay, and its banking partner Grindrod have been blamed for the unlawful deductions. Everness Nkosi, a 67-year old pensioner, was allegedly told at a Sassa pay point that she would not receive her social grant if she didn’t open an EasyPay Everywhere (EPE) card to replace the official Sassa card. Nkosi then incurred deductions of R10 every month on the EPE card, which is operated and underwritten by Net1 and Grindrod.

Civil rights group Black Sash and the six social grant beneficiaries, represented by the Centre for Legal Applied Studies (Cals), argued at the SCA on Thursday that the Social Development Department has a duty to protect beneficiaries from unauthorised and unlawful deductions.

The matter will be heard until Friday.

Cals has appealed a North Gauteng High Court judgment delivered by acting judge Corrie van der Westhuizen in May 2017. Van der Westhuizen ruled that regulations 21 and 26A of the Social Assistance Act do not operate to restrict how beneficiaries they use their bank accounts. In other words, the regulations should not prohibit deductions made on beneficiaries’ accounts, which are operated by Net1 and Grindrod.

The regulations were introduced by former social development minister Bathabile Dlamini in 2016 to regulate deductions. The regulations allowed one deduction per month not exceeding 10% of the social grant amount, only if the beneficiary consented to the deduction in writing. Net1 and other companies successfully fought Sassa about the regulations as per the Van der Westhuizen judgment. The Black Sash and the six beneficiaries applied to intervene as a party in Net1’s battle with Sassa. Van der Westhuizen rejected the application, saying it was not “relevant” to the main application (the battle between Net1 and others with Sassa).

Nomonde Nyembe, the attorney for Cals, said Van der Westhuizen erred in not joining the Black Sash and the six beneficiaries in the main application since what they asked for was “directly relevant to the outcome of the main application.” She also said Section 27 of the Constitution required the state to protect social grants “against the exploitation by private parties.”

Cals wants an order from the SCA that compels new social development minister Susan Shabangu to make regulations under the Act that protect beneficiaries from the deductions.

The Black Sash has long accused Net1 of profiting from vulnerable beneficiaries by using its financial services subsidiaries to aggressively market unsecured loans, funeral insurance products, and prepaid products to them. The company allegedly used the personal and confidential information of beneficiaries to cross-sell financial services products; this information is at CPS’s disposal by virtue of it being responsible for grant payments.
Net1 has rejected accusations that it uses beneficiaries’ personal data for financial gain and engages in unethical lending practices.

Net1’s CPS has been administering the payment of social grants to 10.6 million beneficiaries since 2012. However, CPS’s contract with Sassa expires at the end of September 2018, paving the way for the Post Office to take over the payment of all 10.6 million grants. As the Post Office prepares for this, the number of beneficiaries CPS pays has been reduced to 1.6 million as at July 2018.