A case of kidnapping was opened at the Osizweni Police Station, and handed over to the Newcastle FCS Unit for further investigations. 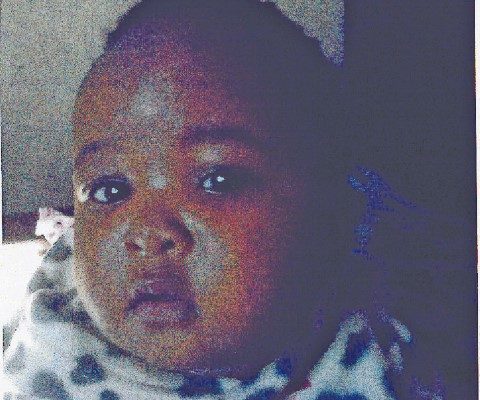 In the blink of an eye, a mother’s world was completely shattered when she realised her baby had been kidnapped on August 3.

Constable Mthimkhulu of the Family Violence, Child Protection and Sexual Offences (FCS) Unit told Newcastle Advertiser that nine-month-old Luyanda Ndlamlenze was with her mother, Simphiwe, at the Boxer shopping centre when they were approached by an unknown female.

The woman complimented Simphiwe and told her what a lovely baby she had, and then asked if she could play with Luyanda, to which Simphiwe agreed.

“The mother was listening to a preacher at the time, when the woman gave her money and requested she go buy them something to eat.”

Trusting the woman to take care of her daughter, Simphiwe proceeded to a nearby store to purchase food.

When Simphiwe returned from the shop, she could not find her baby nor the woman, and that was when reality struck; her baby was gone.

“Baby Luyanda was wearing pink socks, pink and white trousers, a yellow shirt and a red jacket at the time of her disappearance.”

The suspect is believed to be in her 40’s, dark in complexion, and was wearing a black leather jacket and a long white skirt.

A case of kidnapping was opened at the Osizweni Police Station, and handed over to the Newcastle FCS Unit for further investigations.

Constable Mthimkhulu is now urging members of Osizweni and surroundings to come forward with any information pertaining to the kidnapping, or the possible whereabouts of the suspect or the missing child.

In the last week, a nationwide search has been launched, with official media statements released as far as Richards Bay and surrounding areas in search of the missing baby.