While the ANC says fresh elections must be held in the province amid an alleged breakdown in service delivery, the DA claims the call is a 'cheap political gimmick'. 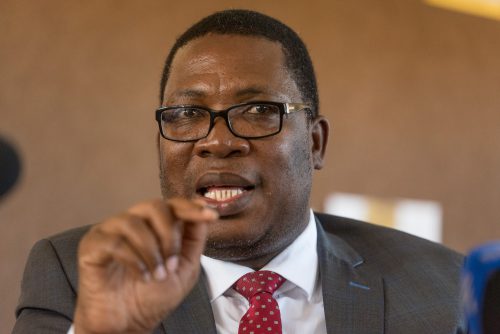 Gauteng deputy chairperson Panyaza Lesufi on Saturday called for fresh elections in the province, citing the deterioration of service delivery under the ruling DA-led coalition.

But the DA have hit back, saying the ANC is attempting a “hostile takeover” of the province in an attempt to regain the regions they lost in the 2016 municipal elections.

According to the party’s national spokesperson, Solly Malatsi: “This latest political gimmick by the ANC is ironic considering that the people of Tshwane in the 2016 local government elections elected a government of their choice and voted the ANC out of power.

“The residents of Tshwane gave a mandate for the DA and other opposition parties to form a coalition government to administrate the business of the city and deliver services to its residents‚” he continued.

According to Malatsi, things are going great in Gauteng’s DA-led metros.

“In just two years, the DA-led coalition governments of Johannesburg and Tshwane have turned things around and the two metros are thriving,” he said.

On Sunday, Lesufi slammed what he called “unprincipled coalition governments”, adding that they are “too costly to maintain”.

“We do not want to go through the back door to run that municipality through an unprincipled coalition,” he continued.

Both the ANC and EFF made it clear last week they are planning to oust the Tshwane mayor through separate motions of no confidence.

Msimanga’s seat as mayor is under threat as the Economic Freedom Fighters and ANC are both planning to file no-confidence motions against him.

The decision by the DA appears to have highlighted a risk to the mayoral seat.

Malema made it clear last week that he did not support Tshwane’s suspension of city manager Moeketsi Mosola, which appears to have prompted him to announce the EFF’s intent for a no-confidence motion against Msimanga.

The Tshwane ANC also made the announcement of a no-confidence plot against the Tshwane mayor this week amid allegations of Msimanga being linked to irregular tenders in the city.

Malema believes Msimanga should be held equally accountable for the alleged mess.