The arrest of a Msunduzi councillor, as well as the son of a well-known local politician, for the murder of a KwaPata ANC branch convenor, has Kwa-Zulu Natal shaken. 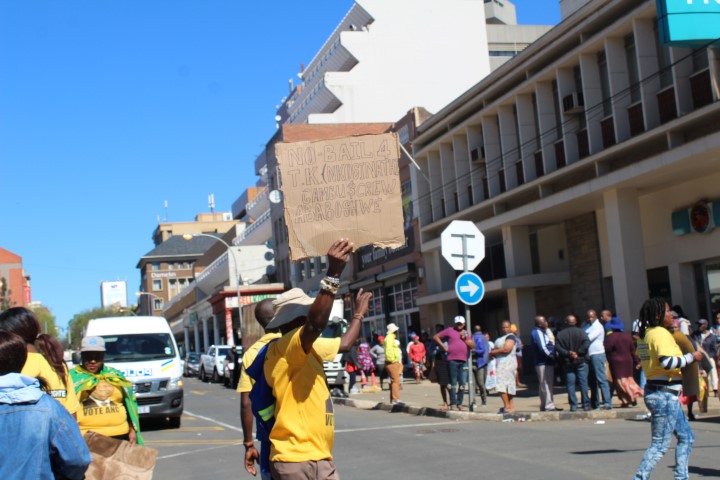 Gift Zungu, son of Umgungundlovu District Municipality Deputy Mayor Fucwana Zungu, as well as Msunduzi councillor Nkosinathi Gambu were among the six suspects arrested on Sunday for the murder of Musawenkosi “Maqatha” Mchunu in May this year, reported Maritzburg Sun.

Mchunu was the ward 10 ANC branch convenor and also previously worked in the speaker’s office at Msunduzi Municipality.

The arrests were made by the special police task team probing political murders in KZN.

Zungu and Gambu appeared in court on Monday together with four other suspects – Newton Zimu, Sifiso Mbelu, Mlungisu Zimu, and Ayanda Ngubane.

There was chaos in the Pietermaritzburg Magistrate’s Court on Monday as hundreds of people attended the tense proceedings. The suspects did not plead and the matter was postponed to September 20 for a formal bail application.

Magistrate Ashin Singh said the accused needed to show “exceptional circumstances” citing the seriousness of the offences the group of men are facing.

State prosecutor Rene Padaychee said the state will oppose bail because the accused’s profiles and details needed to be verified, suspects are outstanding, and the men are potential safety risks to the witnesses.

Mchunu was shot in May this year as he was exiting his vehicle at his home at KwaPata.

The arrests follow the report by the Moerane Commission into political killings that was handed three months ago to KZN Premier Willies Mchunu. The commission was headed by advocate Marumo Moerane SC and was established in 2016 to probe a spate of politically related murders in KZN.

Mchunu’s killing was suspected to be politically motivated, due to the fact that he had emerged a strong critic of alleged wrongdoing at the Msunduzi Municipality and uMgungundlovu District.