No work is going on at the Civitas Building, Health Minister Aaron Motsoaledi said, adding that the problems there shouldn't affect the entire country. The National Department of Health's Civitas Building in the Pretoria CBD where employees have been protesting for months for the lack of maintainance and care in the building, 6 September 2018, Pretoria. Picture: Jacques Nelles

While staff at the health department’s Civitas Building in Pretoria are protesting the “unsafe” condition of the building, a health practitioner’s dream of opening a clinic was shattered as the strike delayed her application being processed, resulting in her losing the entire project.

Tshepang Legote, a primary healthcare practitioner from Mafikeng, was one of many whose licensing and registration applications had been sitting in the drop-off box of the health department’s headquarters.

Since staff had been protesting against the conditions of the building for several months, it was clear the applications had not been touched for weeks.

Legote, who has been unemployed for more than a year, said the registration with the department would enable her to assist the community by dispensing medication, doing immunisation, and claiming from medical aids.

The registration process normally takes two weeks while the clinic was scheduled to open in September, she said yesterday.

“I had found a property but lost that because I could not get the registration in time. I have been travelling from Mafikeng to Pretoria to find out what is going on, but I am told they are striking. Now I have to apply for work and no one is hiring,” Legote said.

Staff appeared to be on a go-slow at the Civitas Building yesterday, as some were demonstrating outside, while others worked from laptops in the building foyer.

The employees had vowed never to enter the building again, claiming it was only 20% compliant with the Occupational Health and Safety Act. This has affected the department “very badly” as the protesters have stopped others who want to work.

No work was going on, Health Minister Aaron Motsoaledi said.

Motsoaledi says when Sahpra moved to different premises due to the disruptions, their staff received threats to stop working. He said police were investigating.

“We have tried everything. We have tried to interdict the workers from stopping other people coming to work. They shouldn’t interfere with them,” he said.

According to staff members, the 29-storey building, which was renovated in 2010, had insufficient ventilation, dirty carpets and a malfunctioning firefighting system. They complain of affected sinuses, headaches and dizzy spells as a result of the building’s condition.

But Motsoaledi said he continues to report to his office, situated on the 28th floor, as the conditions were not serious enough to warrant a shut-down.

“We are not agreeing that the problem is so big that the whole country must suffer. I work in that office every day with all the senior managers. We accept there are problems and believe they can be corrected,” the minister said.

Since April, the health department’s employees have been working half-day.

The Public Servants’ Association of SA’s Peter Moloi, who represents the staff, said the department of public works agreed to assist in addressing their safety and health concerns. But that has not happened, Moloi said. 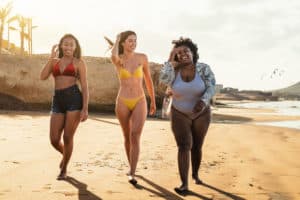 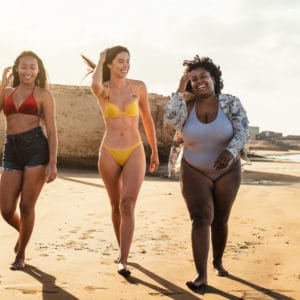