ANC accuses Mashaba of corruption to the tune of R11m

The ANC wants funds that were cut-off from NGOs in Johannesburg to be restored in order to enable them to assist the needy in the community. City of Johannesburg Mayor Herman Mashaba has been accused of diverting more funds to his “favourite” foundation and sidelining other community-based organisations within the metro, reports Rosebank Killarney Gazette.

Mashaba allegedly diverted about R11 million to Field Band Foundation, a non-government organisation entrusted to help fight the scourge of substance abuse in the communities.

ALSO READ: Why Ramaphosa may have ‘done nothing’ despite knowing of VBS looting

According to the African National Congress (ANC) in Johannesburg, the mayor has cut the budget of many community organisations but increased that of Field Band Foundation.

Addressing members of the party during their mass march in Johannesburg outside the council in Braamfontein, ANC Joburg regional chairperson Geoff Makhubo accused Mashaba of corruption.

Makhubo said our communities have for a long time survived with the community-based organisations.

He said that regardless of whether they are doing gardening or cleaning, the NGOs in our areas provide very important services.

“The NGOs applied for funding and they (the city) refused but funds were given to one NGO that belongs to Mashaba Field Band Foundation,” claimed Makhubo.

“Now we say they must increase funding for all the NGOs and go and demand money from that drum majorette NGO that is supposed to deal with drugs and alcohol abuse. Now Westbury is burning, Field Band Foundation is not there and it is burning on the basis of drugs.

He said Mashaba’s administration had given the foundation funds on the basis that they deal with the scourge of drugs and alcohol abuse. He questioned where the foundation was now. “They’ve given them so much money and those that previously dealt with these things have been denied money.”

Mashaba could not be reached for comment as he was not available to meet ANC marchers, but instead sent his deputy and the city’s finance MMC Funzeka Ngobeni.

According to ANC regional leader Matshidiso Mfikoe, Mashaba was handed a letter to make himself available to receive their memorandum.

“We were expecting him to be here and respond to all our demands, but it shows he is afraid and hides behind his fellow stooges,” said Mfikoe.

Ngobeni has promised to convey the message to other senior managers within the city and will respond before the October 31 deadline. 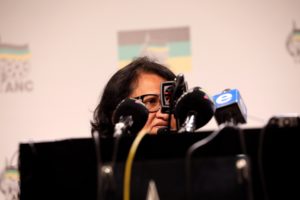 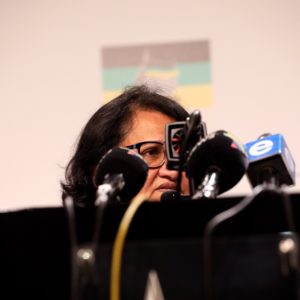 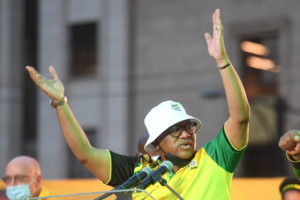 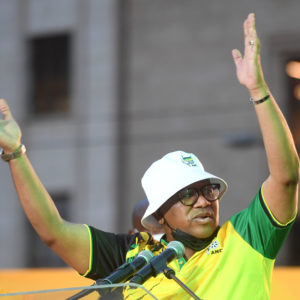 'Certified Loser': Maimane rubs it in as Mbalula mourns ANC losing metros
4 hours ago
4 hours ago

'Certified Loser': Maimane rubs it in as Mbalula mourns ANC losing metros
4 hours ago
4 hours ago