Police have not established similar task forces to deal with street crimes, which affect most South Africans. 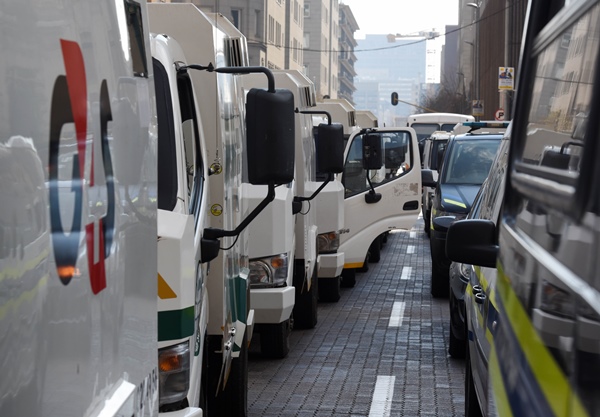 While police are congratulating themselves for their success in curbing cash-in-transit heists, we may need to see similar gusto in preventing crimes that target ordinary citizens.

After a spate of explosive cash-in-transit (CIT) heists in parts of the country earlier this year, at least 230 CIT suspects have been arrested since June.

Minister of Police Bheki Cele said yesterday there has been a 36% decrease between April and November this year, with 118 CIT heists recorded.

During the same period last year, there were 184 cases recorded.

More arrests were made last year though, Cele added.

Since Cele and national police commissioner General Khehla Sitole committed to curbing heists in their national stabilisation interventions, CIT crimes remained a priority, even though there was a decrease, he said.

“Crime intelligence continues to combat CIT robberies, stopping robbers in their tracks by arresting robbers before committing these heinous crimes.

“Since the national commissioner and myself pronounced on the national stabilisation interventions to curb serious crimes, particularly CIT robberies, we have seen less and less of them taking place, but we are not out of the woods.

“This is one of the crimes that seems to instil a tremendous amount of fear in South Africans,” Cele said.

According to experts though, that was not entirely true, as the crimes most affecting South Africans were street robberies, which have seen an annual increase.

Institute for Security Studies analyst Gareth Newham, commended Cele and police on reducing CIT heists, but said law enforcement should focus on street criminals as they eventually get involved in specialised crimes if they don’t get caught.

This was because police did not establish structured task forces to deal with street crimes, as they did for CIT heists, leaving criminals to roam the streets and move on to more serious crimes, he said.

“[CIT heists] is not the crime that affects most people. The crime driving fear in South Africa is the fact that people are getting attacked in the streets when walking to taxi ranks, train stations or doing shopping.

“Those crimes have gone up dramatically since 2012 by 40%, according to the Victims of Crime Survey.

“We need to see arrests and prosecution of street robbers going up dramatically, because not only will that in the short term make people feel safer, but it means that in five years’ time, far fewer people will have the experience to get involved in sophisticated crimes like mall robberies, house robberies and cash-in-transit heists.”