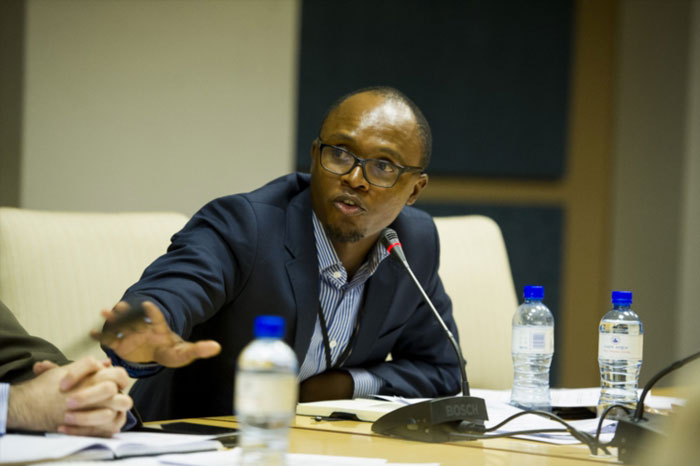 The Tshwane ANC have opened a case against the Democratic Alliance’s (DA’s) leader in Gauteng, Fred Nel, for a WhatsApp in which Nel allegedly referred to black DA members using the k-word.

On Sunday, The Citizen reported on the alleged WhatsApp screenshot of Nel’s conversation with DA deputy chief whip in the Tshwane council, Crezanne Bosch, promising her that “all the k****rs” will go”.

The DA said the WhatsApp was a fake message and it would investigate.

Tshwane ANC leader Kgosi Maepa said the charge was based on the Promotion of Equality and Prevention of Unfair Discrimination Act of 2000.

“Our people should be careful of the DA and its tendency to hoodwink the innocent to vote for their racist policies unaware that they are indirectly advancing racism and separate development in a democratic state. The DA seeks to reverse the gains of democracy by using the black and African vote,” Maepa said.

This was after Bosch allegedly said that DA councillor and chairperson of the housing oversight committee Nkele Molapo was a “stumbling block” to regaining the region.

Molapo was subsequently suspended from the DA caucus on Saturday by caucus chairperson Gert Visser.

DA national spokesperson Solly Malatsi yesterday reiterated that the WhatsApp screenshot was fake, despite ANC’s crimen injuria charge. He said Nel and Bosch had “sworn to the fact” that the message was fabricated.

“They have even offered their devices (phones and laptops) for forensic investigation and a polygraph test if needed. The party will move to expedite this process as soon as possible.”

The ANC has also charged Tshwane mayor Solly Msimanga for allegedly failing to carry out his functions in relation to the Municipal Systems Act.

The ANC added that he should be held liable for the alleged irregular appointment of the GladAfrica tender.