They all intend to challenge the constitutionality of the process which saw submissions discarded, but AgriSA says it has its own legal strategy. 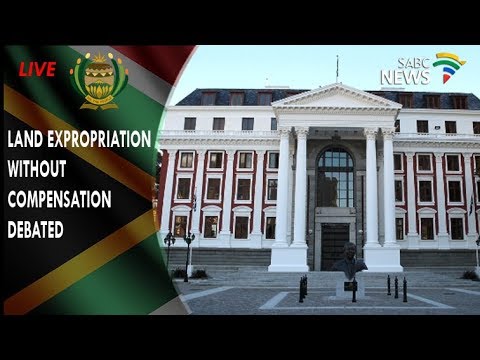 The legitimacy of hundred of thousands of written submissions excluded from parliament’s report on land expropriation is expected to be the subject of AfriForum’s court challenge on the report.

This emerged yesterday after MPs cast doubt on the authenticity of 178 000 written submissions, primarily rejecting the proposal to amend section 25 of the constitution.

An ad hoc committee was expected to be formed in parliament to take the process forward after the joint constitutional review committee’s (CRC) report recommending the amendment of the constitution to allow for expropriation was adopted in the National Assembly.

However, the ANC and EFF’s intentions behind agreeing to only using a sample of about 400 submissions in the CRC’s final report was questioned by those opposing the motion.

AfriForum chief executive Kallie Kriel scoffed at the insinuation that the system used by the CRC to allow members of the public to make submissions through their website may have been doctored to skew the numbers.

But Kriel would not say how exactly the group ensured that the submissions were not “duplications”, as one member of parliament suggested yesterday. He said simply that “IT people” working on the system had made this assurance.

ANC MPs accused formations, including AfriForum, of deliberately flooding the system with thousands of submissions opposing the motion to amend section 25.

Kriel insisted there was nothing wrong with the system they used to generate submissions to parliament from the public.

“What we did was, through our website one could choose various arguments and whether they agree with expropriation without compensation and whether or not the constitution should be changed, and you could choose your answers and put your name and details at the bottom of the submission,” he said.

“You cannot negate the fact that this is a position of a specific person and they are just coming up with strategies to actually take away the right of certain parts of the population to make submissions.”

AfriForum, the DA and agricultural chamber AgriSA have vowed to take their challenge on the constitutionality of the process to the courts.

DA MP Glynnis Breytenbach said: “Should the ANC and EFF vote to adopt this flawed report in both the National Assembly and National Council of Provinces, the DA will not hesitate to approach the courts.”

Anneline Crosby, AgriSA’s head of land affairs, said they had a multipronged strategy to fight the legislation, which included legal action.

“At this stage, we haven’t taken a decision to join other parties intending to go to court, we have our own legal strategy,” she said. “We have no doubt that the consultation process conducted by the CRC was indeed flawed.”

But parties like the IFP suggested that expropriation should be enacted with compensation in order to ensure a peaceful and just process.