Velenkosini Hlabisa says the government should assist undocumented foreign nationals in SA who are students and have special skills to be documented. “We are sitting on a ticking time bomb that can explode at any time beyond what we see now,” Hlabisa said.

He said the IFP is opposed to the attacks on foreign nationals “for whatever reasons” advanced to justify them.

He added that the country’s government has “a big responsibility on its shoulders”, in particular considering that South Africa cannot exist in isolation from the rest of the African continent and the world.

“Attacking foreign nationals will affect the relations between South Africa and other African countries, and the trade between Africa and South Africa will definitely be affected,” Hlabisa said.

He said other African states and the whole world will regard South Africa as an unfriendly country to foreign nationals from the continent.

Hlabisa said once further xenophobic attacks have been curbed, the government should ensure that undocumented foreign nationals who are in the country illegally should be repatriated to their countries of origin.

However, he said undocumented foreign nationals who are students should be procedurally documented, “because taking them back will not be a positive thing to do,” as well as foreign nationals with “special skills” which South Africa has a shortage of.

Furthermore, he suggested that government should introduce more stringent control of the country’s borders.

“The truth of the matter is unemployment is rising every day, and people will find an excuse that if they were no foreign nationals I’d get a job, which might not be true because what we realise about the foreign nationals some of them they come into our country and initiate something upon which they survive, which does not prevent South Africans to do so,” Hlabisa said. 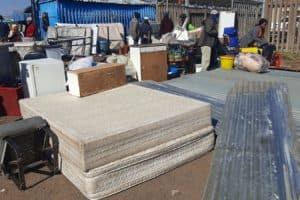 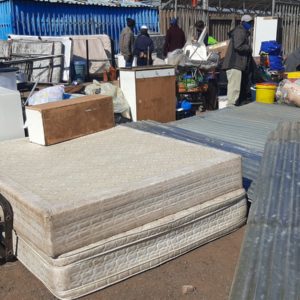 'We are not xenophobic' - Soweto residents protest against 'illegal' traders
4 months ago
4 months ago
PREMIUM!

'We are not xenophobic' - Soweto residents protest against 'illegal' traders
4 months ago
4 months ago
PREMIUM!