A family from Rietspruit in Lochvaal had to be rescued by helicopter on Saturday 16 January 2021 after flooding in the area. Picture: Shane Pretorius

Liquor traders have called directly on President Cyril Ramaphosa to meet with the industry and end the current ban on alcohol sales.

In a statement on Saturday, the group said the industry is being decimated and that a continued ban will spell ruin to businesses and put at least 250,000 jobs in jeopardy.

The statement by the Liquor Traders Formation comes a day after South African Breweries (SAB) announced the firm is cancelling another R2.5 billion of investments earmarked for 2021. 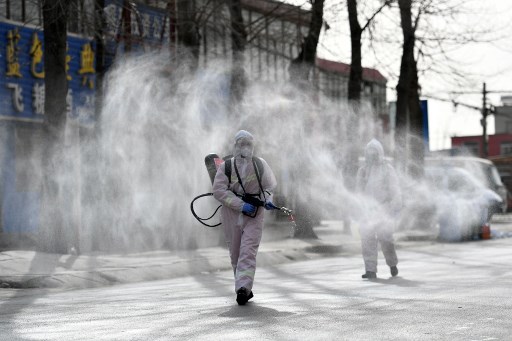 This photo taken on January 15, 2021 shows people in protective suits spraying disinfectant on a street at Gaocheng district, which was declared a high-risk area for Covid-19 in Shijiazhuang, in northern China’s Hebei province. (Photo by STR / CNS / AFP)

Since Friday, 384 deaths attributed to the coronavirus were also recorded. This brings the official death toll to 36,851.

Nearly 60,000 tests were conducted since Friday and the recovery rate now stands at 81.7%.

DJ’s Fresh (Thato Sikwane) and Euphonik (Themba Nkosi) have reached a mutual decision with Primedia Broadcasting that will see the pair step down from their roles at 947.

According to Primedia and its Acting Chief Executive Officer Geraint Crwys-Williams, this decision will allow the pair to focus on addressing “the sexual assault charges levelled against them”.

“We take these matters extremely seriously and apply a rigorous, systematic internal process to assess them,” Primedia said. 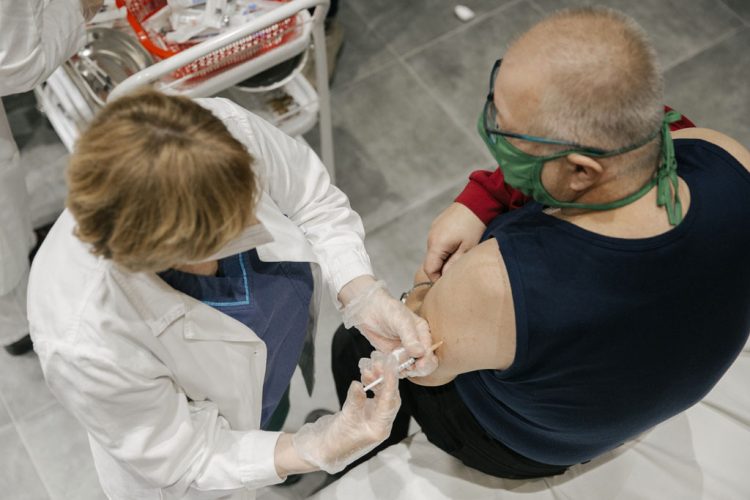 A man receives a Pfizer-BioNTech Covid-19 vaccine at a clinic in Belgrade on January 13, 2021. – Serbia has started vaccinating against the novel coronavirus Covid-19 with Pfizer-BioNTech jab on December 24, 2020.
The health authorities have also authorised, on December 31, the import of the first doses of the Russian vaccine Sputnik V. (Photo by Vladimir Zivojinovic / AFP)

South Africa has an estimated population approaching 60 million. To achieve herd immunity against COVID-19, the government recently set the ambitious goal of vaccinating 67% of the population – roughly 40 million people. According to the outline of this plan, this would be achieved within 2021.

But is this ambitious target even feasible?

The elephant in the room is that the government has set a target of immunising two thirds of the population but it hasn’t as yet secured the 80 million doses this would require. A family from Rietspruit in Lochvaal had to be rescued by helicopter on Saturday 16 January 2021 after flooding in the area. Picture: Shane Pretorius

There was pandemonium in the Lochvaal area on Saturday morning as family of four was left trapped in their house with their pets.

While emergency services were on the scene, the elderly members of the family could not make it through the strong water.

Kaizer Chiefs were made to sweat in the Mother City on Saturday, but hung on to record a 2-1 DStv Premiership win at Cape Town City.

It was a second league win in a row for Gavin Hunt’s men, who raced into a two goal lead early in the match, but after that were reliant on some fantastic goalkeeping from Daniel Akpeyi, as well as the frame of the goal. Fagrie Lakay did pull a goal back for City, but it wasn’t enough for Jan Olde Riekerink’s team, who are now without a win in three games.

Uganda’s Yoweri Museveni has won a sixth term in office with almost 60 percent of votes, in an election his main rival Bobi Wine has said was marred by fraud and violence, the electoral commission announced Saturday.

The veteran leader, who took power in 1986, is one of Africa’s longest serving presidents, and faced a stiff battle from the 38-year-old former ragga singer whose turn to politics fired up the youthful population.

Wine was under heavy guard at his home on the outskirts of Kampala as results were announced, with his party saying he was under “effective house arrest”, while the government said it was merely providing him with security.

WhatsApp on Friday postponed a data-sharing change as users concerned about privacy fled the Facebook-owned messaging service and flocked to rivals Telegram and Signal.

The smartphone app, a huge hit across the world, canceled its February 8 deadline for accepting an update to its terms concerning sharing data with Facebook, saying it would use the pause to clear up misinformation around privacy and security.

“We’ve heard from so many people how much confusion there is around our recent update,” WhatsApp said in a blog post.