The python could not enjoy its meal because it could not swallow the goat past its horns. 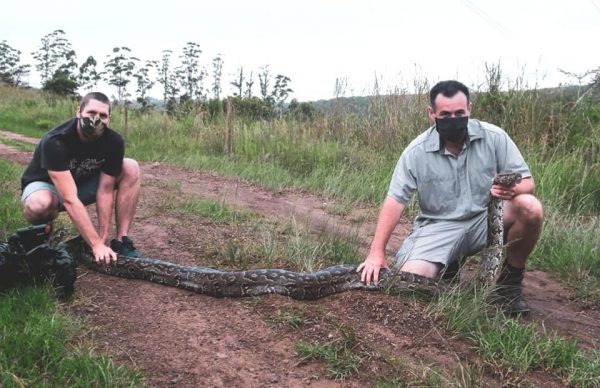 Workers on a farm in the Camperdown area, KwaZulu-Natal, were horrified on Tuesday after discovering one of their goats wrestling with a massive python for dear life.

According to snake rescuer Nick Evans who was called to the scene, the workers heard a goat screaming before going to investigate, only to find a goat’s legs up in the air, protruding out of the long grass.

“At first, when I got the call, I thought maybe it was a prank. Or a tall story the farm workers had come up with after finding a dead goat,” said Evans.

Evans and his team got to the farm at around 5.30pm and were told the goat was killed at around 11.30am.

The python could not enjoy its meal because it could not swallow the goat past its horns, added Evans.

“We approached the area where the python was. The grass was so thick! We briefly saw it lying next to the goat, but when it saw us, it started moving, so I moved in. I grabbed the tail, and couldn’t see much else, but I could tell this was a sizeable snake!

“It was trying to get away, and I tried to hold onto the immensely powerful, slippery (due to rain) body. I was struggling! Plus, I needed to get to the head, but how? It looked a little like I was walking a dog! Walking with the snake as it moved,” said Evans. 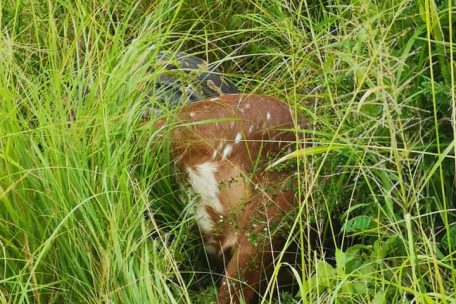 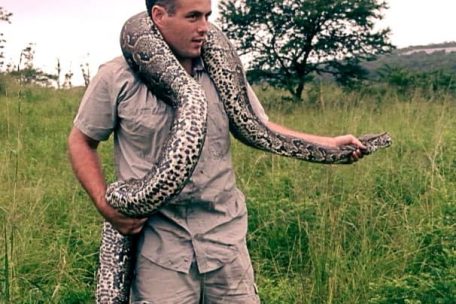 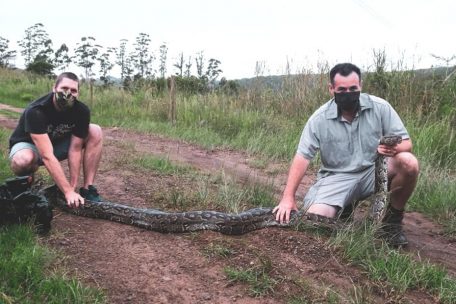 After grabbing its head and tail, Evans said he started wrestling with the snake “a bit” as it started wrapping itself around his head.

After the mini wrestling match, that involved being Evans being defecated all over, the snake was released in a safe area.

One year on, and still no justice for murdered KZN environmental activist
3 hours ago
3 hours ago

One year on, and still no justice for murdered KZN environmental activist
3 hours ago
3 hours ago