Karima Brown’s ‘death leaves a massive void for many’

In a statement, her family thanked South Africans for their messages of support and prayers during her recent hospitalisation. 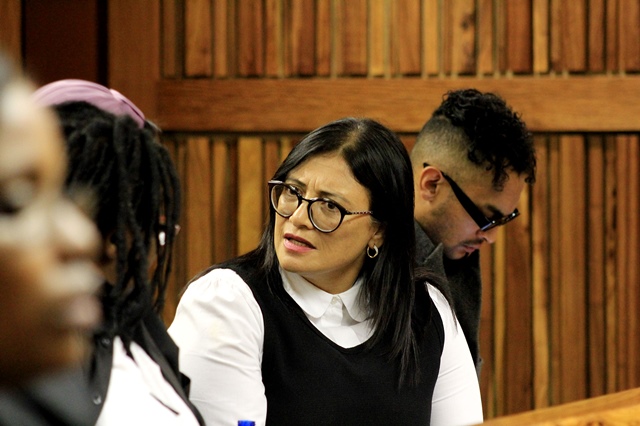 Brown announced on 11 February she had tested positive for Covid-19.

“Stats require hospitalisation. Hoping I recover speedily,” she said at the time.

She died on Thursday morning after battling the virus in intensive care.

In a statement, her family thanked South Africans for their messages of support and prayers during her recent hospitalisation.

“These comfort us as a family during this profoundly painful experience of loss,” the family said.

“Karima was not just a prolific and well-known South African journalist and commentator, with deep footprints in print and broadcast media, but also and more importantly a well-loved friend, mentor, mother, colleague, daughter and confidante to countless people throughout a life lived fully and with deep commitment to her most cherished values and principles.

“We are enormously proud of the fierce determination she had shown since her early years to get involved in bringing about a more just, inclusive and anti-racist South Africa. This determination also shaped her fearless approach to journalism. She was driven by a conviction that journalism must be in service of justice.”

Brown will be laid to rest at a private burial ceremony in accordance with Islamic rites and traditions.

The family will announce details later about a more public memorial service in honour of Brown’s life.

Extremely sadenned by the passing of veteran journalist #KarimaBrown. Karima was a hard hitting journalist, a stalwart known for her excellent probing skills. My condolences to her family, colleagues & friends. The fourth estate is poorer without her. RIP Karima pic.twitter.com/tsB1HwX5bO

eNCA MD Norman Munzhelele expressed his condolences to her family.

“For a long time, Karima has been a robust voice in South Africa’s media landscape. Her years of activism preceded this. She had a big personality and didn’t shy away from voicing her opinions. Karima believed in hope. She was also a loving mother, a loyal friend and a committed colleague. Her death leaves a massive void for many,” Munzhelele said in a statement.

Brown was a regular face and contributor on eNCA for nearly five years, having been the host of The Fix since May 2018 and a political commentator on the channel since 2017.

Friends and media colleagues have been sending their condolences to her family since her death.

I'd like to send my condolences to Karima Brown's family..especially her son and brother Zain. To her many friends and colleagues, the journalism fraternity, I am sorry for your loss. I wish you fortitude & courage as you deal with this blow.

“Still battling to wrap my mind around the news that Karima Brown is no more. This shocked me to the core. Heartfelt condolences to the family, friends and colleagues. Thank you for your fearless commitment to necessary conversations,” said former public protector Thuli Madonsela.

I’m shattered to hear the news of Karima Brown’s passing. She fought hard for young talent in newsrooms. I’m one of those she gave platform to when many wouldn’t. I know she was fighting hard in hospital but ultimately the choice is never really ours.May her soul rest in peace ????????

“Ms Karima Brown’s passing is sudden and heartbreaking. She was a brilliant journalist and now broadcaster. Sending my deepest condolences to her family, her friends and colleagues. South African media has lost one of its loudest voices – I’ll miss our robust engagements,” Transport Minister Fikile Mbalula said.

My deepest condolences to Karima Brown's family following the news of her passing. She was courageous, bold and incredibly fearless. May her soul rest in peace.