CEO Sello Hatang and chief operating officer Limpho Monyamane are expected to return to work this week after they went on special leave. 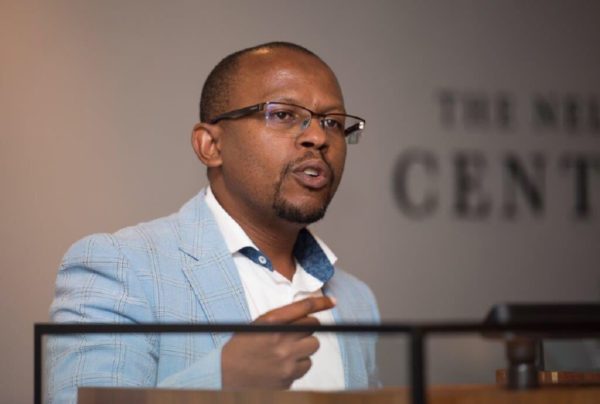 An independent investigation conducted by the Nelson Mandela Foundation into complaints against CEO Sello Hatang and chief operating officer Limpho Monyamane has cleared them of wrongdoing.

The foundation announced on Wednesday the probe by law firm Bowman Gilfillan found no objective evidence to support the complaints lodged by an anonymous staff member.

Hatang and Monyamane were accused, among other allegations, of abuse of power, the misuse of company credit cards and improper procurement after an email was sent to the chairperson of the foundation’s board, Professor Njabulo Ndebele, on 14 December 2020.

The two executives voluntarily took special leave while the investigation was under way.

“The independent investigation has found there was no objective evidence to support the complaints, which related to alleged flouting of procurement policies and processes, improper use of the organisation’s resources, bullying and intimidation, and abuse of donor relations,” Ndebele said in a statement.

However, Ndebele said the investigation indicated a number of financial and human resource policies and procedures needed to be revised, strengthened and restated to ensure consistency and compliance. He said the board was committed to ensuring this happens.

During its investigation, Bowman Gilfillan conducted interviews with 21 staff members in January and February 2021. The law firm’s final report was presented to the board of trustees on Monday where it was unanimously accepted.

The board said it was confident some of the issues raised in the complaint related to interpersonal dynamics and human resource management would be addressed internally.

“Other complaints related to the improper use of resources such as motor vehicles, credit cards and Uber taxi services. The investigators found there was no objective evidence to support this complaint. However, they flagged the importance of ensuring policies on the use of resources are understood by all staff members and adhered to. The board fully supports this,” the statement read.

“A similar situation applies to the procurement of goods and services. The investigation found no evidence of interference or flouting of procedures, although there were shortcomings in the drafting of some of the contracts signed. As a result, the investigation team recommended that the role of the foundation’s procurement officer be reinforced and procurement policies updated. The board fully supports this, too.”

The board reassured its donors there were control mechanisms in place to ensure accountability and good governance at the foundation.

Hatang and Monyamane are expected back at work this week.