Cele will engage with the community of Zandspruit today as they share their frustrations following the incident. 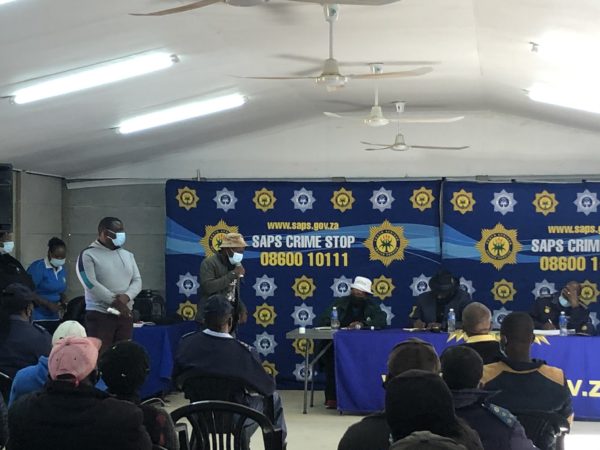 #Zandspruit community leadership structures entering the Emthonjeni Community Hall in #Zandspruit ahead of their engagement with the Police Minister & GP @SAPoliceService on crime concerns following the death of 8 men killed in alleged acts of vigilantism. #ZandspruitMobJustice pic.twitter.com/Jovy8i1pWT

Cele will engage with the community of Zandspruit today as they share their frustrations following the mob justice incident.

A group of about 200 people went out at 2am in search for youths who were allegedly robbing people in the area.

“It is reported that nine boys were forcefully taken to the sports ground where they were assaulted. Four died and five were taken to hospital in a serious condition,” police spokesperson Kay Makhubele said on Wednesday.

The total number of arrested suspects is six and police continue to search for more suspects.

Speaking to eNCA, community members said they felt nothing for the victims because they had had enough of robberies in the area.

“We heard about it just before 5am and rushed to the scene and found community members assaulting the men. We don’t feel anything about what happened today because they have been robbing us for a long time,” said one community member.