According to Salba, SA is the only country out of the 80 ravaged by the Delta variant to ban alcohol sales to curb the spread of Covid-19. 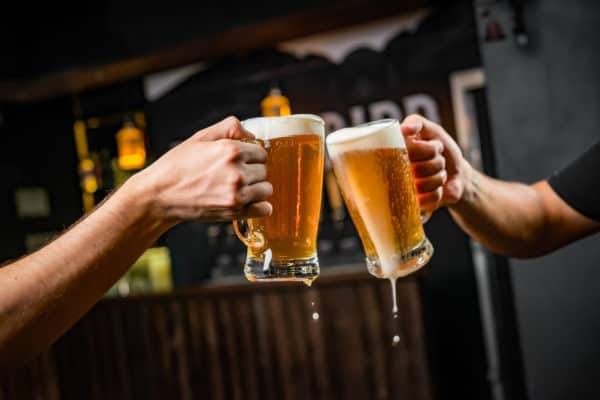 This amid the surge of infections as the country fast approaches the third wave of Covid-19.

Professor Tulio D’Oliveira, a member of the ministerial advisory committee, confirmed on Saturday the Delta variant, first detected in India, is now the dominant strain in South Africa.

Data on the Delta variant spread was extrapolated from sources in KwaZulu Natal, and even though reports from Gauteng are yet to be finalised, it is believed the Delta variant is the driving force behind the surge in cases.

The Delta variant has already been detected in more than 80 countries.

D’Oliveira said it “is very quickly starting to dominate the global pandemic.”

According to Salba, South Africa is the “only country amongst the 80 ravaged by the variant to ban alcohol sales” in a bid to curb the spread of infections.

“We would therefore like to understand what international best practice or local scientific data was used for the MAC to conclude that off and on-consumption sales ban was the best solution,” said Salba Chair Sibani Mngadi.

Mngadi said MAC should substantiate its claims and not ignore other significant socio-economic activities that might be driving the rise in infections.

He said the industry, and the people of South Africa, deserved clarification on how the current 14-day ban of both on and off-site consumption of alcohol was supposed to alter infection trends.

“The President referred to international benchmarks that was relied on to reach the conclusions of the current Lockdown level 4 regulations.”

“Within that context, it would be useful to understand which countries were used to benchmark against.

“To the best of our knowledge, the Delta variant, which was first detected in India, did not lead to the shutdown of the alcohol industry in India and other countries that have reported the same variant,” reads the letter.