‘We are going after the instigators of violence,’ says a bullish Ramaphosa

The president has confirmed that more SANDF members would be deployed to KwaZulu-Natal and Gauteng. 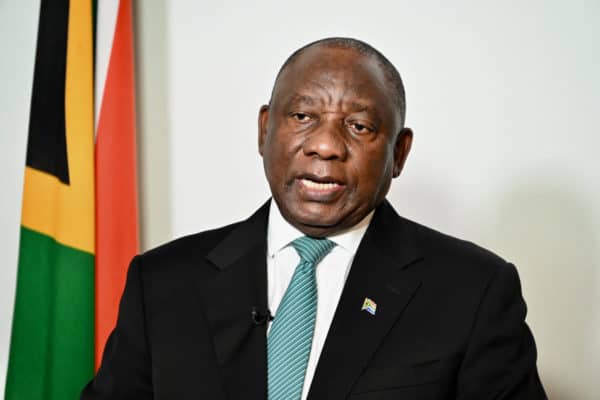 President Cyril Ramaphosa says the country’s law-enforcement agencies will pursue the masterminds behind the unprecedented incidents of looting, violence and destruction of property that engulfed parts of KwaZulu-Natal and Gauteng in recent days.

“There are instigators, there were people who planned it and coordinated it. Our intelligence services and our police have now got a line of sight of what was actually happening here with the instigation and the coordination and planning. And we are after those people, we are going after them [and] we have identified a good number of them,” Ramaphosa said.

ALSO READ: Zuma camp’s plan to burn its way back to power

The president on Friday morning undertook an oversight visit to KwaZulu-Natal to access the impact of the devastating public violence in the province.

He said the unrest in KZN and Gauteng was clearly planned in advance, saying his government would “not allow anarchy and mayhem to just unfold in our country”.

Since the unrest began in parts of KZN last weekend, a total of 117 deaths have been confirmed in the two provinces, with more than 2000 people arrested. Government also confirmed on Thursday that one of the 12 suspected instigators behind the public violence had been arrested.

While admitting the police were overwhelmed by the spate of violence, and intelligence services could have done better in preempting the crisis, Ramaphosa said the country’s law enforcement was on top of the situation.

“Security forces have tried the very best that they could… yes we could have done better, but we were overwhelmed by a situation and primary in the minds of the minister of police and the commanders were to save lives to make sure that we did not get to a situation that could have resulted in more mayhem,” he said.

The president also confirmed that more South African National Defence Force members would be deployed to assist police in their operations in KZN and Gauteng.

“We are rolling out our security forces. 25,000 soldiers are now being rolled out. And in a short space of time, they would have flooded the entire province and Gauteng,” Ramaphosa said.

Ramaphosa is expected to interact with the KZN government and security forces deployed to help quell the violence in the province. He will be joined by KZN Premier Sihle Zikalala, State Security Minister Ayanda Dlodlo, Defence Minister Nosiviwe Mapisa-Nqakula and Police Minister Bheki Cele.

The president is also expected to chair a Cabinet meeting later on Thursday.

Ramaphosa said he had been receiving regular briefings from law enforcement and government officials on the security situation in the country.

“I’ve been in daily and hourly contact with the premier and the ministers as well as the commanders who have been conducting all the activities here. We obviously as a government are extremely worried about what happened here and we are doing everything to deal with it.”