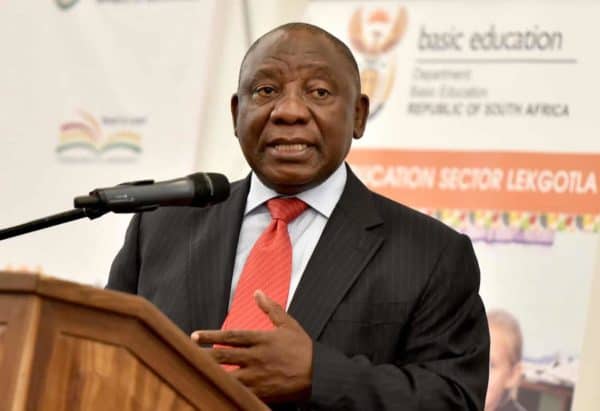 President Cyril Ramaphosa announced South Africa’s move to Level 3, and eased the restrictions on booze and public gatherings. Click on the links below for the full story or visit our home page for the latest news.

President Cyril Ramaphosa has announced a raft of interventions to assist those who have been hardest hit by the impact of the Covid pandemic and the recent violent protests, which destroyed hundreds of businesses.

He also warned those behind the violence that more arrests are on the horizon.

The president said the measures announced are meant to support the recovery of the economy and provide relief to the poor and those who are vulnerable as a result of the measures imposed to deal with COVID-19.

First among these is the reinstatement of the Social Relief of Distress Grant, which will provide a monthly payment of R350 to all those with no other means of supporting themselves, until the end of March 2022.

“We are going to meet at Bellville,” said the Congress of Democratic Taxi Association’s (Codeta) Andile Khanyi on Sunday.

“We have also invited bishops, priests, and everybody to come and pray for us, because these killings need to come to an end,” he told News24.

The Cape Amalgamated Taxi Association’s (CATA) Mandla Hermanus confirmed the meeting, sandwiched between mediation of the past weeks, and arbitration which starts on Monday. Vavi was attending in his capacity as the leader of a union.

Saftu had already sounded the alarm on the school drop-out rate during the Covid-19 pandemic and its effect on job security.

EFF to ‘share power’ with ANC, and Malema ‘will be president’ – reports

enior leaders of the Economic Freedom Fighters (EFF) have been giving numerous media interviews ahead of the party’s eighth birthday tomorrow, with EFF deputy president Floyd Shivambu explaining how he sees the evolution of coalition politics after the upcoming local government elections.

The elections will most likely be postponed after a recommendation to delay the polls until February next year was delivered by the Moseneke investigation commissioned by the Independent Electoral Commission (IEC).

The IEC this week approached the courts to allow it to implement that recommendation.

Shivambu told Sunday World that the EFF would be prepared to work with the ANC in a power-sharing agreement where they would “share the control of municipalities instead of working together in councils”, since it was the EFF’s view that council coalitions had failed after the 2016 elections saw the ANC edged out of power in several key metros.

Following the widespread violence, looting and destruction KwaZulu-Natal and Gauteng, the commission hosted a dialogue and is probing racial tensions between black and Indian communities and related deaths in Phoenix.

But the council said it was taken aback when Majola said the SAHRC sought to start a conversation to determine the root causes of the “racially charged killings” in the province, particularly in Phoenix.

The council said it found it “bizarre” that Majola could make such a statement when he has previously testified that there was no evidence of racism by Indians towards black people.

According to the council, Majola was on record dismissing racism by Indians on black people in his testimony as one of the witnesses in a Durban Equality Court matter against Phumlani Mfeka and his radical outfit, Mazibuye African Forum.