Calls for a Cabinet reshuffle has seem to gain more support, with the Democratic Alliance (DA) criticising President Cyril Ramphosa for failing to “reassure the nation”.

The calls come in light of the recent violent protests and looting in parts of KwaZulu-Natal and Gauteng as well as the much noticed contradictory statements made by some ministers – including Minister of Defence and Military Veterans Nosiviwe Mapisa-Nqakula – over the unrest.

Covid-19 social grant and Ters payout dates: What you need to know

ALSO READ: Covid-19 vaccines: Here’s when citizens over age of 18 will get their jab

Ramaphosa said these measures would support the recovery of the economy and provide relief to the poor and those who are vulnerable due to lockdown measures initially imposed to curb the Covid-19 pandemic.

There was never an insurrection in SA, government is lying, says Malema

Economic Freedom Fighters (EFF) leader Julius Malema has accused President Cyril Ramaphosa’s government of misleading South Africans about the civil unrest that occurred in KwaZulu-Natal and Gauteng this month, saying it was not an insurrection as characterised by the government.

Addressing EFF’s virtual eighth birthday celebration on Monday, Malema said the Red Berets were firmly behind the citizens who looted shopping malls and other stores because were trying to “provide food for their children”.

Covid-19 vaccines: Here’s when citizens over age of 18 will get their jab

President Cyril Ramaphosa on Sunday evening announced South Africa’s Covid-19 vaccine roll-out will open for people over the age of 18. Here’s what you need to know.

Ramaphosa said people between the ages of 18 and 34 will be vaccinated from 1 September, in addition to the age groups currently eligible for vaccine registrations and walk-ins.

Tiger Brands has announced that customers who bought KOO and Hugo’s canned vegetable products recently must return them for a refund, due to an “extremely small number of defective cans supplied by a packaging supplier”.

This will see approximately 20 million KOO and Hugo’s canned vegetable products recalled because of safety concerns.

“The cans may have a defective side seam weld that could cause the can to leak. The company identified the issue as part of its internal quality assurance processes,” the food manufacturer said in a statement.

Western Cape law enforcement agencies are bracing for a coordinated response to potential violent attacks that may arise due to the closure of a taxi route. and ranks in Bellville and Mbekweni.

This comes after the closure of route B97 between Mbekweni and Bellville, as well as that of identified taxi ranks, was announced by Western MEC for Transport and Public Works, Daylin Mitchell, on Friday.

This was after shooting incidents which saw taxi operators and commuters injured and killed. 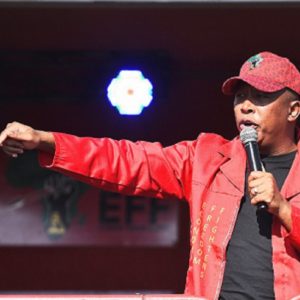