Jacob Zuma was recently admitted to a hospital outside the Estcourt Correctional Centre for medical observation over an undisclosed illness. 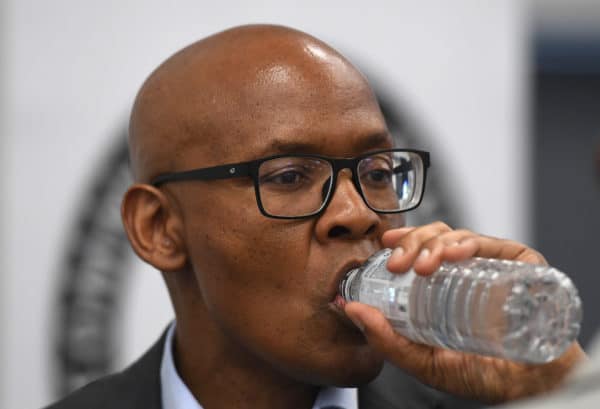 The Jacob G Zuma Foundation has questioned the state’s decision to appoint a doctor to ascertain whether the former president is fit to stand trial for corruption.

Speaking on eNCA, the foundation’s spokesperson, Mzwanele Manyi, said the appointment of a medical professional by the National Prosecuting Authority (NPA) to assess Zuma was unconstitutional.

“We remained concerned with the situation that is happening now, where the NPA has already appointed their doctor to supervise the other doctors of the SA Military Hospital. In our view we think that this whole thing by the NPA is actually is a violation of the Constitution.

“Section 41 of the Constitution of this country requires state organs to cooperate with each other. For the NPA to be second guessing another state organ, in our view, is an unconstitutional conduct,” he said.

This comes after Zuma’s doctors missed the 20 August deadline to file their report on the 79-year-old’s health status ahead of his corruption trial, which is set to resume next month.

The trial, which involves Zuma and French arms company, Thales, was postponed by the Pietermaritzburg High Court to 9-10 September due to the former president being in hospital.

The high court had directed that a medical report – as well as Zuma’s doctors testifying in court – would be required when the case resumes.

Commenting on whether Zuma would have to apply for another postponement in case he could not stand trial, Manyi said he hoped that “everything would be in order by the time the 9th comes”.

“As things happen now due to all other delays in the medical fraternity there, that deadline was missed, [but] I think there are processes in place to manage that situation,” he said.

The Department of Correctional Services confirmed that Zuma had a surgical procedure last Saturday, having been initially hospitalised earlier this month for medical observation over an undisclosed illness.

The department said at the time that the decision to take hospitalise Zuma was made after a “routine observation”.

However, the military’s medical boss, Brigadier-General Dr Mcebisi Zukile Mdutywa, revealed in a letter that the former president suffered a “traumatic injury” in November last year.

Mdutywa, who leads the South African Military Health Service’s (SAMHS’s) presidential medical unit, detailed how Zuma needed to undergo “an extensive emergency procedure” and that it would take six months to treat the former head of state.