Joburg can no longer rely on its water supply 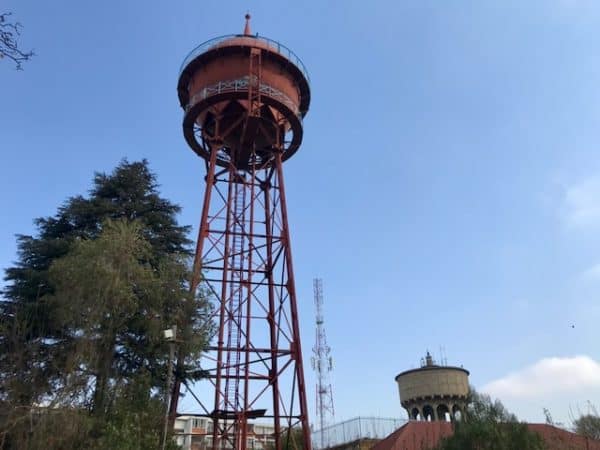 “We did not have water for nine days in July. Now it’s happened for the second time within a month,” said Tilly Meyer from the Glenzicht Retirement Village in Oakdene, Johannesburg.

Oakdene is one of six areas (South Hills, Linmeyer, Risana, Tulisa Park, parts of Oakdene and parts of Rosettenville Extension) receiving water from the South Hills tower, which were hit by water supply interruptions last week.

A staff member from South Hills clinic said a week without water had a severe impact on the clinic. “Our facility must be cleaned at least three times a day but when there was no water, we could only clean it twice a day, at most. We could not flush our toilets or wash hands with soap and water as often as we’re used to. It was inhumane for our staff to be working under such conditions,” he said.

The clinic relied on a water truck that parked outside the clinic daily for use by the community.

“Last week, officials came to inspect the yard to see where a water tank could be installed. We are hopeful that a tank will be installed soon as it will help, especially when the water supply is interrupted,” he said.

“The City of Johannesburg has experienced unprecedented water supply challenges in some parts of the city in the past few months,” said Mayco Member for Environment and Infrastructure Mpho Moerane in a statement released on Wednesday.

A South Hills resident said it was only after some residents protested at the South Hills tower, on the fifth day of no water, that an explanation was given.

According to Johannesburg Water spokesperson Eleanor Mavimbela, the water supply to the South Hills tower was interrupted because Rand Water, the bulk water supplier in Gauteng, had a power supply issue at their Zuikerbosch purification works on 26 August. This affected their Palmiet pump station that feeds the Meyers Hill reservoir.

“Water levels in the Meyers Hill reservoir were below the threshold at which we could pump water into the South Hills tower. This meant that areas receiving water from the tower were without supply since 26 August,” said Mavimbela.

Water was restored on the evening of 1 September after Rand Water “boosted the Meyers Hill reservoir,” she said.

“When the water supply was restored last week, we had a few geysers burst in the village because of the pressure,” said Tilly Meyer.

But water being restored came as a relief for the 250 elderly residents at Glenzicht.

“It becomes very difficult because you can’t expect elderly people to walk a couple of blocks to a water tanker and then carry the buckets home,” said Meyer.

It said restrictions were implemented to allow for the recovery of its network systems. Residents can expect an intermittent water supply.

The city is currently under mild (level one) water restrictions.

In its 2021/22 business plan, Johannesburg Water said the replacement cost for infrastructure as at 30 June 2020 was R88 billion, with an infrastructure renewal backlog of R20.4 billion.

Klipfontein View in Midrand was also without water at the end of August, for almost two weeks.

“At first, we were told that we don’t have water because of the Rand Water restrictions. But after a few days, we were told that valves had broken down, which interrupted water supply to Klipfontein View,” said Ward 32 councillor Bongani Nkomo (DA).

Nkomo said water had been restored to 80% of Klipfontein View on Tuesday night, while the remaining 20% of the area is still without water.

“The remaining 20% form part of the high-lying areas and will be supplied with water tankers until supply has been restored,” he said.

“This water crisis is a human rights violation. People have the right to basic water supply and basic sanitation, according to the Water Services Act. But for a week, this right was violated because there was no water,” she said.

“Johannesburg Water sent water tankers but my ward is quite big and we only had five tankers servicing areas without water. Within an hour of being full, the tanks were empty again,” she said.

Some DA ward councillors opened a case against Moerane on 4 September at the Moffatview Police Station for the contravention of water supply.

Moerane said in a statement it was “a spectacle” and “inopportune” that the DA opened the case, because the water challenges “were beyond the control of Johannesburg Water”.

Wealthiest cities in the world, with two contenders from South Africa
4 days ago
4 days ago

Wealthiest cities in the world, with two contenders from South Africa
4 days ago
4 days ago