Outa says the three controversial floating power plants will impact negatively on the electricity price, while South Africans will be burdened with a R218 billion deal for the next 20 years. 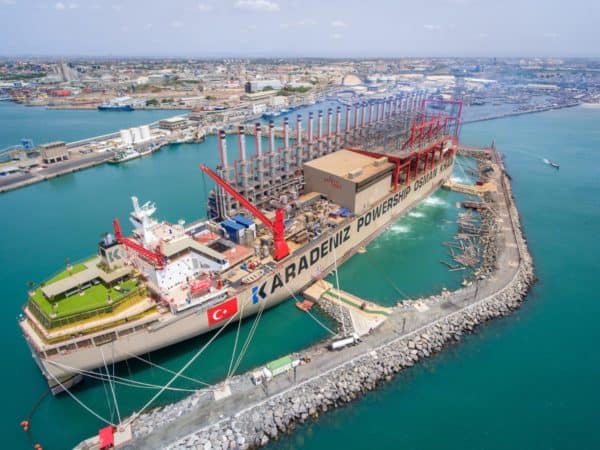 The largest powership in the world. Picture: Karpowership.

Outa wants to know why

The projects were green-lighted under the Risk Mitigation Independent Power Producer Procurement Programme (RMI4P). However, Outa says it’s unacceptable that no reasons were provided.

How are these projects approved if the reasons for decisions are not carefully considered and written up?

Outa says the public “has a right to know why these decisions are made”, and said Nersa’s reasons for approving the licences are required should the decision be challenged in court.

Too many questions remained unanswered, Outa says, such as the fact that environmental authorisation was refused by the Department of Forestry, Fisheries and the Environment

In addition, an internal appeal process by Karpowership is still underway. Other issues include the absence of a fuel supply agreement, fuel pipe licence and port authorisation.

This lack of transparency has been an ongoing problem in this process.

Meanwhile, Eskom has not yet agreed to enter into a power purchase agreement, and a “legal challenge is underway – set for December 2021 – alleging failure of due process and nepotism”, Outa says.

Outa legal project manager Brendan Slade said a formal submission was made to Nersa – to oppose the Karpowership licences – during the public comment period in August.

A copy of Outa’s submission can be viewed here.

This after the Department of Mineral Resources and Energy (DMRE) named Karpowership as the preferred bidder back in March 2021.

The bid was to provide 1,220MW power by means of floating storage power plants anchored at Richards Bay, Coega and Saldanha Bay.

The deal is likely to span two decades and cost up to, if not exceeding, R218 billion. At the time, Outa said South Africans would be burdened with these costs – including litigation fees – for the next 20 years.

“These plants will impact negatively on the electricity price in South Africa, and on climate change, air pollution, water pollution and noise pollution in sensitive coastal ecosystems.”

Just Share’s executive director Tracey Davies and climate change engagement director Robyn Hugo told The Citizen in March in that South Africa would have been locked into another toxic fossil-fuel deal.