Pretoria broke an average of 15 temperature records per year for a decade. 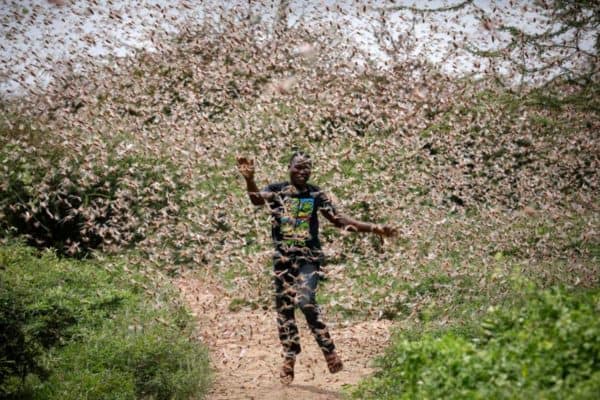 Higher temperatures will affect crop yields, and contribute to increased spread of pests and pathogens. Picture for illustration: EPA-EFE

Worrying research has recently been published by a University of Pretoria (UP) PhD student that paints a bleak picture for South Africa’s climate forecasts.

The study, conducted by Charlotte McBride of the South African Weather Service (SAWS), showed high temperature records were broken more frequently than expected between 1951 and 2019.

She found that more records were broken than theoretically expected, especially towards the end of the analysis period. Her data took general climate change-related warming into account, and included minimum temperatures as well.

Breaking all the wrong records

Between 2010 and 2019, the highest maximum temperatures were recorded over central parts of South Africa – Kimberley and Bloemfontein.

McBride explained that Pretoria, for example, was expected to break an annual average of nine maximum temperature records a year over a decade, factoring in global warming.

“However, it broke an average of 15 records per year.”

McBride said Earth’s atmosphere was already substantially warmed in the near to medium term, and that climate-sensitive sectors of society, must prepare “for an ever-increasing occurrence of unprecedented record high temperatures, more frequently than one would usually expect.”

McBride also sounded the alarm that higher temperatures will affect crop yields, and contribute to the increased spread of pests and pathogens. Most of Africa’s agricultural crops are reliant on regular rainfall.

Heat-related illnesses will likely increase, putting the elderly, the very young and those with pre-existing medical conditions at increased risk.

According to the United Nations, southern Africa is projected to have 20% less rainfall, with South Africa and parts of Namibia and Botswana singled out as being expected to experience the most severe temperature increases.

McBride’s paper supports the recent Intergovernmental Panel on Climate Change report, which warned the world was locked into a 1.5°C temperature increase, no matter how much intervention was implemented.

Most of Africa has already increased in temperature by 1°C since 1901, and climates have become extreme and unstable.

This comes in the form of intermittent but sustained droughts and floods, and makes preparing for these events increasingly difficult.

But it is imperative that citizens and governments do what they can now to avoid breaking this temperature threshold even further.

“Farmers might need to review the types of crops or crop varieties they plant to ensure that they are more suited to a warmer climate. Town planners and the construction industry will need to take the warming into account when they plan and construct infrastructure.

“Health services need to be in a position to respond to increased cases of heat-related illnesses.”

Otherwise, South Africa and Africa as a whole, a particularly vulnerable casualty of climate change, may well slip into a situation beyond help.

McBride’s paper, ‘Trends in probabilities of temperature records in the non-stationary climate of South Africa’, was published in the International Journal of Climatology, and was co-authored by her supervisor, Andries Kruger, also from the SAWS, and associate professor of meteorology at UP, Professor Liesl Dyson.