Three managers from the Gauteng education department will appear before a disciplinary panel. 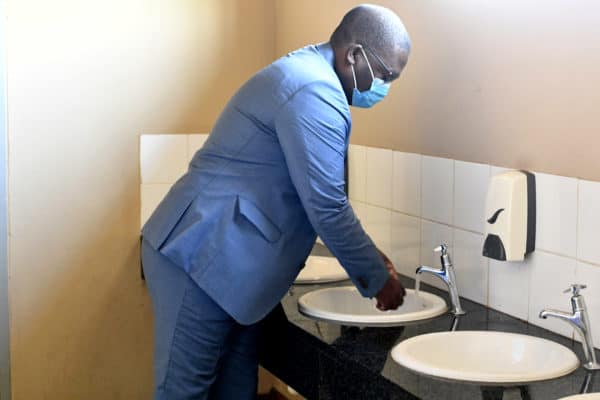 Three senior managers from the Gauteng Education Department have been charged internally as recommended by a Special Investigating Unit (SIU) report that looked into the R431 million that was irregularly spent on decontaminating schools during the Covid-19 pandemic.

The department’s Head of Supply Chain, Chief Director for Infrastructure Development, and Acting Director for Auxiliary Services will appear before a disciplinary panel after an analysis of the evidence presented in the report.

“As these investigations are still ongoing, we cannot rule out the possibility of charging or adding others,” said department spokesperson Steve Mabona.

The department wants the hearing to be facilitated by an independent body and has enlisted the help of the National Prosecuting Authority to preside over the internal hearing.

“An experienced advocate has been appointed in that regard, and hearings are set to begin from 5 October 2021,” said Mabona.

“While we are not pre-judging the outcome of the disciplinary hearing, we have to reiterate our position that officials who caused this expenditure cannot escape our censure,” he said.

There have been widespread calls for Education MEC Panyaza Lesufi to step down following the school decontamination corruption scandal.

Last month, the SIU announced it had been granted a preservation order to the value of R40.7 million to freeze the bank accounts of 14 service providers contracted to decontaminate schools.

NOW READ: ‘We will act on SIU report, even if I’m implicated’ – Lesufi on decontamination saga