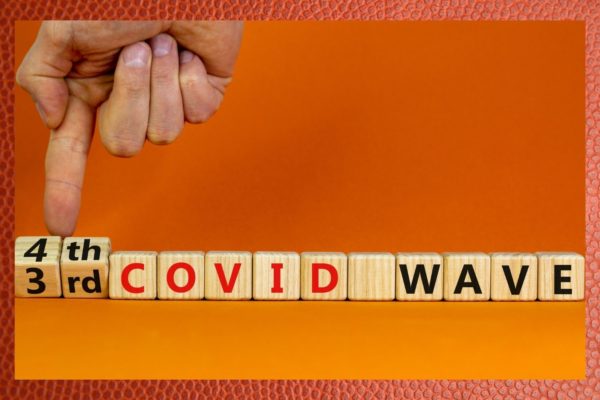 With fourth wave set to hit SA, here’s what to expect based on international trends

On Tuesday, the National Institute for Communicable Diseases (NICD) reported 868 new cases of the virus in the country. This high number was attributed to the government’s decision to include results from the popular rapid antigen tests as part of the national database.

Currently, only 23.4 % of South African adults are fully vaccinated. The government is aiming to get 70% of the population immunised to avoid a festive season lockdown.

The African National Congress has retained the City of eThekwini after its candidate Mxolisi Kaunda beat the Democratic Alliance’s (DA) caucus leader in the region, Nicole Graham.

There were two spoiled votes.

The voting that was postponed due to chaos in the council on Monday began late on Wednesday, after a slow start due to councillors being at each other’s throats.

Insurance giant Old Mutual is implementing a mandatory vaccination policy for all its employees, at all its subsidiaries.

Employees have until 1 January 2022 to get at least one dose of the Covid-19 vaccine. They have to be fully vaccinated by March 2022.

They must also declare and submit proof of their vaccination status via a CoronaFighter app declaration process within the deadline.

Employees who don’t want to get the vaccine must apply for “vaccination exemption”, which will be considered for “specific medical, religious or constitutional grounds”.

The perjury trial against former social development minister Bathabile Dlamini has been remanded until tomorrow (25 November 2021).

This comes after the state applied for a postponement after arguing that its witnesses had not been fully consulted.

During proceedings in the Johannesburg Magistrates Court on Wednesday morning, the state explained that it had intended to bring two witnesses – Zodwa Mvulane and Thokozani Magwaza – to the stand. However, the witnesses were not consulted.

The Absa Group has fired businessman Sipho Pityana from its board with immediate effect for alleged dereliction of his board responsibilities.

“Shareholders are informed the Absa Group and Absa Bank boards have resolved that Sipho M Pityana will cease to be a director of the boards with immediate effect.

“The boards were of the view that through his conduct, Mr Pityana had neglected, or been derelict in, the performance of his functions as a director of the boards,” Absa said in a statement on the Johannesburg Stock Exchange’s (JSE’s) news service SENS.

36% of Gauteng healthcare workers are not vaccinated

At least 36% of Gauteng healthcare workers are not vaccinated against the deadly Covid-19 virus, despite being at the front lines of the pandemic.

That’s according to the DA’s spokesperson for health in the province, Jack Bloom.

“Despite high Covid-19 infections, 31,521 (36%) out of 86,630 health workers employed by the Gauteng Health Department are not fully vaccinated,” said Bloom in a statement.

This bombshell information was revealed in a presentation by the provincial health department during a meeting of the Gauteng legislature’s health committee.

The driver of an Audi had to think quickly while cornered on a driveway during an attempted hijacking in Waterkloof, Tshwane.

The security camera footage shows an Audi pull into the driveway of what looks like a house. As the driver stops in front of the property’s gate, another car, a Toyota Corolla, blocks its exit.

Two men rush out of the car and try to open the Audi’s doors, simultaneously trying to break the doors’ windows. The man of the driver’s side manages the Audi’s window in an attempt to get access to the car.