The Helen Suzman Foundation labelled the interview process for the position of Chief Justice "tainted" and "irrational". 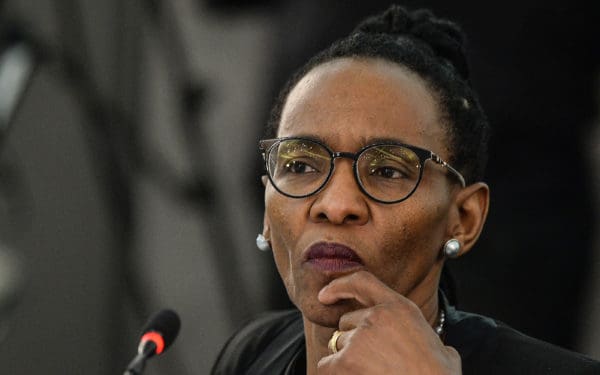 The recommendation of Supreme Court of Appeal (SCA) President Mandisa Maya for the position of Chief Justice could face a hurdle after some civil society organisations said the interviews were not fair.

On Saturday evening, advocate Dali Mpofu announced that the Judicial Service Commission (JSC) will recommend Maya for the post.

The JSC, however, was criticised over the line of questioning by some of its members during this week’s interviews.

Some of the criticism levelled against the JSC stemmed from the unsubstantiated questions advocate Dali Mpofu and EFF leader Julius Malema posed to Mlambo on Thursday around “rumours” of sexual harassment. The questions were later expunged when the chair ruled they were unfair.

Paul Hoffman, the director of Accountability Now, had also told The Citizen that he believed Maya’s interview had been “unnecessarily polluted by the comments made because she is a woman”.

During her interview, Maya was asked why she, as a woman, would be a suitable appointment. She responded that she was good “not simply because I am a woman. I’m just a good woman judge”.

Legal experts are now saying these lines of questions did not provide a fair chance for the four Chief Justice candidates.

According to the Sunday Times, the Helen Suzman Foundation (HSF) is speaking to other NGOs about legal action to challenge the interviews, which it labelled “tainted” and “irrational”.

“Many in South Africa will want to applaud the possible appointment of our first female chief justice. But the recommendation of justice Maya as a result of a tainted, irrational, degraded process is no victory at all,” said HSF executive director Nicole Fritz.

“Far from suggesting that women might take the helm of the judiciary on the basis of merit and their own intrinsic worth, it perversely suggests that they can only do so as a result of a corrupted, debased process.”

ALSO READ: JSC under fire for politicised interview of the next Chief Justice

Professor Helen Kruuse of Rhodes University also reportedly objected to the way the interviews were conducted.

She recommended that the interviews be held again, with the JSC commissioners being told to treat the candidates fairly, and with the implicated commissioners possibly stepping down.

Kruuse said if this did not happen, “the commission’s work could be set aside by a court of law”.