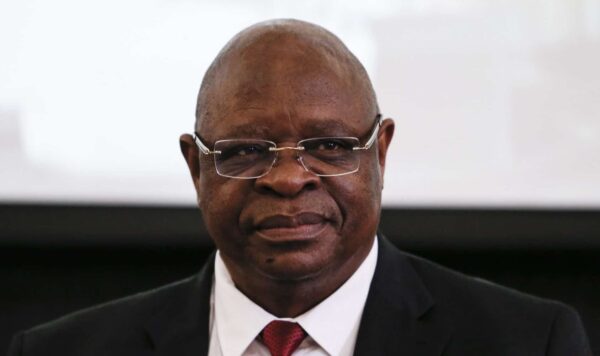 The judges and administration staff of the Constitutional Court (ConCourt) have been cleared of leaking suspended Public Protector Busisiwe Mkhwebane’s rescission application.

The news comes after Chief Justice Raymond Zondo’s office indicated earlier this month that an internal investigation was close to completion.

In the SMS, Abramjee claimed that he had it “on good authority” that the ConCourt had decided to dismiss Mkhwebane’s rescission application.

Mkhwebane had approached the ConCourt with a rescission application in February, seeking an order for the apex court to reverse its February ruling.

Abramjee also claimed in the message that the judgment would be delivered on 29 April, but the ruling only came a week later on 6 May.

The Public Protector had already opened a criminal case against Abramjee.

Her office has also completed its own investigations into the leaked SMS and referred it to both the Judicial Service Commission (JSC) and the Hawks for further investigations.

Zondo had appointed retired Supreme Court of Appeal (SCA) president, Justice Lex Mpati, to investigate whether “there may have been a leak through electronic email communication from the ConCourt to Mr Abramjee”.

“Justice Mpati has concluded the investigation and has submitted his final report to the Chief Justice,” Zondo’s office said in a statement on Friday.

In the report, Mpati said: “The ultimate finding of the exercise was that: ‘An assessment of the [ConCourt] domain and network revealed that there was no email communication to the effect that will support the allegations of an information leak in the form of an email from the [ConCourt] users.'”

Mpati also determined that Justice Jody Kollapen and Gauteng judge president Dunstan Mlambo, who is acting in the ConCourt, adequately explained their telephone contact with Abramjee.

Mkhwebane’s office had previously issued the subpoenas – which were later withdrawn – after it emerged that Mlambo and Kollapen had both attended an event hosted by the Pretoria Legacy Foundation in March this year.

Abramjee is the spokesperson of the foundation, while Kollapen is the deputy chairperson.

The Public Protector’s investigations also revealed that 18 telephone calls were exchanged between the number from which the SMS to Breitenbach was made and the one registered under the name Narandran Kollapen.

“It seems clear to me that in arriving at her conclusion that the sources of Mr Abramjee may well be members of the administrative staff or judicial official based at the [ConCourt] with the weight leaning towards members of the judiciary, the Public Protector considered the 18 telephone calls made or exchanged between Abramjee’s mobile phone and Justice Kollapen’s.

“Justice Mlambo’s uncontested version was that he had communicated with Mr Abramjee on, at most, only two occasions. There is, in my view, no evidence whatsoever, that he was, or could have been, a source of confidential information for Abramjee,” the report reads.

Mpati indicated that there was no evidence of a close association between Mlambo and Abramjee.

“The frequency of calls between Justice Kollapen and Mr Abramjee was fully explained by both.

“They are members of the same organisation that undertakes a lot of activities which requires them, by virtue of their position in the organisation, to communicate frequently. This was ignored by the Public Protector,” the report stated.

Regarding the administration staff, Mpati said the employees argued that they do not know the court’s decision “before it is brought to them to issue”.

“The judges’ clerks could also not have been in a position to leak the final decision to Mr Abramjee, since it was to be finalised only at the final conference on 4 May 2022, while the controversial SMS was sent to advocate Breitenbach on 24 April 2022.”

NOW READ: Now everyone can have their say on Mkhwebane