Officials were considering jumping over the fence to gain access on Tuesday afternoon. 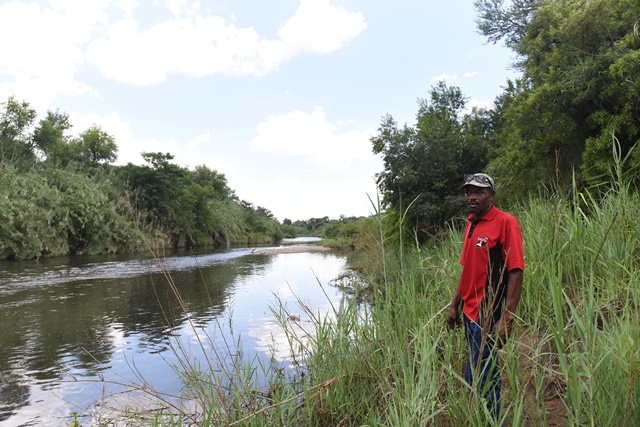 Julie Habedi speaks to The Citizen next to the Crocodile River in North West were a Parktown Boys High School student was found dead during a school initiation, 17 January 2019. Picture: Nigel Sibanda

SA Human Rights Commission (SAHRC) officials encountered a locked gate at Nyati Bush and Riverbreak Lodge near Brits in North West on Tuesday when they arrived to conduct an inspection of the scene where 13-year-old Enoch Mpianzi died.

They eventually had to climb over the gate, along with the victim’s mother.

The mother of #EnochMpianzi being helped to climb over the gate at the Nyati Bush and river break lodge. pic.twitter.com/WBhvl1abJr

The Human Rights Commission is met with a locked gate at Nyati Bush and Riverbreak. The commission's Buang Jones tells journalists it appears those who run the facility are trying to hinder the commission's work @Newzroom405 pic.twitter.com/7hV2t8FQZV

He went missing on Wednesday when a raft he was on overturned in the Crocodile River. His body was discovered on Friday.

The SAHRC’s Buang Jones said the SAHRC stepped in to assist the boy’s family, pointing out that there were many unanswered questions about the circumstances of the boy’s death.

Jones said the owner of the lodge had been notified about the visit and had agreed to open his gates. He added, however, that en route to the venue, the owner informed SAHRC officials that he would consult his lawyers to discuss the visit.

Mpianzi’s parents, Itamba Guy and Antionette Mpianzi, were among those who were supposed to take part in the inspection.

“We view this as an obstruction of the work of the SAHRC. It demonstrates an uncaring attitude on the part of Nyati Bush,” Jones said.

He added that the commission was permitted to enter any premises and perform its functions in terms of Section 16 of the Commissions Act.

The commission raised concerns after it discovered that it was not the first time a pupil had died at the lodge. It intended to bring this to the attention of the tourism department.

“Ten years ago there was a learner who also perished here. This is something that concerns us. We will also bring the conduct of Nyati Bush to the Department of Tourism because they are accredited.”

The police were expected to assist the commission with the inspection.

Jones said the owner’s behaviour suggested that the lodge was hiding information and that a subpoena would be issued if necessary.

“The gate is locked as you can see. It is really disheartening and it is something we really condemn in the strongest terms.”

By 1pm, the gates remained locked and Jones said officials might be forced to jump over the fence, which they later did do.