Jacob Zuma will no longer go to jail on Sunday after the ConCourt on Saturday agreed to hear his contempt of court rescission application. 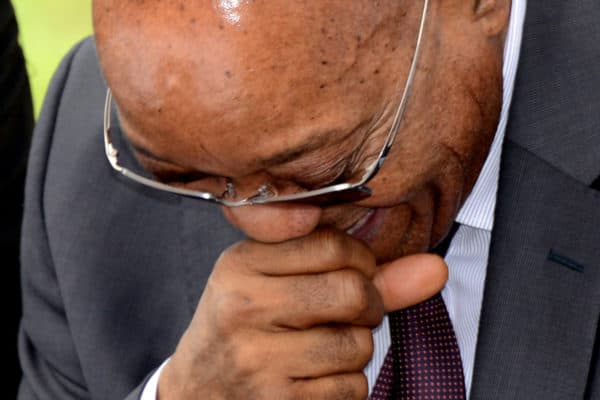 Thanks to an announcement by the ConCourt Former President Jacob Zuma’s impending incarceration has been averted, at least for now.

This after the Constitutional Court on Saturday agreed to hear his contempt of court rescission application on Monday, 12 July 2021.

The decision comes a day after Zuma’s legal team filed an urgent application to reverse the finding against him that would see him spend up to 15 months in prison. Additionally, the order granted police the power to arrest Zuma had he not turned himself in by Sunday.

Sunday marked five days since Zuma was sentenced to 15 months behind bars for being in contempt of the ConCourt.

According to a report by News24, this decision by the ConCourt effectively suspends the most recent order against him.

Late on Friday night, the Jacob Zuma Foundation confirmed that the embattled former president would “address the nation” on Sunday in Durban.

His supporters have gathered outside his Nkandla homestead awaiting his address.

READ NEXT: Zuma gets 15 months for contempt of court

Since his sentence being handed down on Tuesday, Zuma admitted he was wrong to think he could not be forced to appear before the Commission of Inquiry into Allegations of State Capture.

He said the legal path he had taken was due to the advice he received, and that he was ill-advised to follow it.

“I now fully accept that the most legally appropriate route which I could and should have taken would have been to apply for interim relief to interdict my appearance before the commission,” Zuma said in court papers appealing his sentence.

Financial hardships also played a role in the legal decisions made by Zuma, he conceded.

“For obvious reasons, my criminal trial is a priority.”