The DCS said in a statement on Sunday, Zuma remains in hospital outside Estcourt Correctional Centre in KwaZulu-Natal. 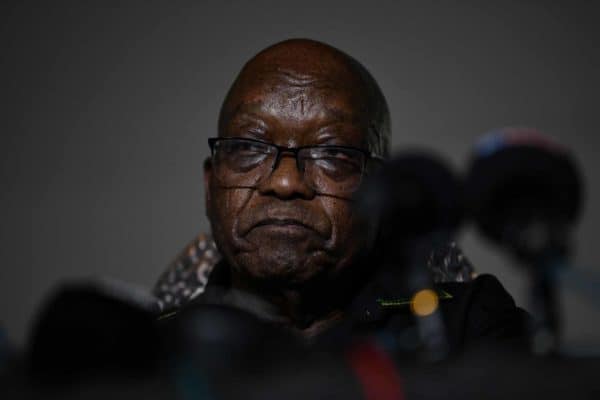 Former president Jacob Zuma had a surgical procedure on Saturday and other procedures have been scheduled for the coming days, according to the Department of Correctional Services (DCS).

The department said in a statement on Sunday, Zuma remains in hospital outside Estcourt Correctional Centre in KwaZulu-Natal.

“As a result, DCS is unable to predict a discharge date as our priority at this stage is for Mr Zuma to be afforded the best care possible,” the statement read.

“As inmates are placed in correctional centres involuntarily, the state has a total and inescapable responsibility and duty to care for them in a manner that does not violate or compromise their constitutional rights, which include access to health care.”

The department appealed to the public to refrain from speculating about the health of the former president, saying people should “allow medical practitioners space to continue providing quality healthcare to him”.

In June, Zuma was sentenced to 15-months in jail for being contempt of the Constitutional Court.

Earlier this month, he was admitted to an outside hospital for medical observation for an undisclosed illness. The DCS said at the time the decision to take Zuma for in-hospitalisation was made after a “routine observation”.

This week details of Zuma’s health were revealed in court papers during his arms deal trial at the High Court in Pietermaritzburg. Zuma is said to have suffered a “traumatic injury” late in 2020 and requires extensive medical treatment to recover.

The former president’s foundation condemned media reports about his medical status, saying the details were not supposed to be released to the public as they were confidential.

“The rules of common decency dictate that such information be treated in a manner which observes the human dignity and privacy rights of any person or patient,” the JG Zuma Foundation said in a statement.