Prior to Buthelezi’s precautionary suspension, he had been on leave for two weeks. 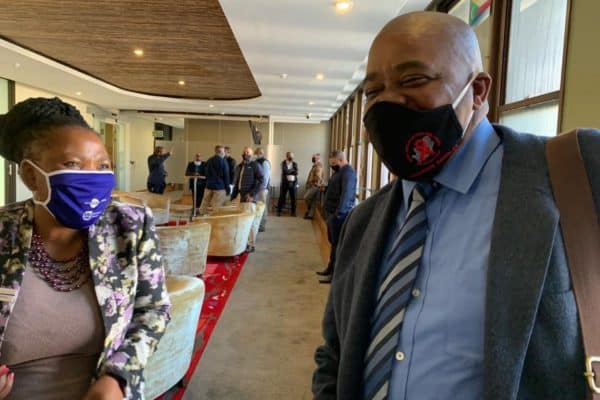 The director-general of the national Department of Health, Sandile Buthelezi, has been placed on precautionary suspension, eNCA reported on Sunday afternoon.

Prior to Buthelezi’s precautionary suspension, he had reportedly been on leave for two weeks, to prepare responses about his alleged benefit in the Digital Vibes scandal.

The Special Investigating Unit’s (SIU) inquiry into the scandal will likely result in the suspension of a number of senior health department officials, sources revealed to the Daily Maverick in August.

It also emerged last month, following the downfall of former health minister Zweli Mkhize, that his own son Dedani also allegedly raked in perks from the Digital Vibes contract.

Mkhize was placed on placed on leave in June amid SIU probe into the irregular R150 million communication contract awarded to Digital Vibes.

“It goes without saying that these are difficult times we find ourselves in. As director-general, I wish to reassure the nation that we remain committed and capable of managing the Covid-19 pandemic; executing a ramped up vaccination programme and running the national programmes as we are led by the acting minister of health, Mmamoloko Kubayi-Ngubane,” Buthelezi said in a statement following Mkhize being placed on leave.

Buthelezi was appointed director-general of the health department on 1 June 2020.

The SIU earlier in September told Parliament’s standing committee on public accounts (Scopa) that it had evidence against the former health minister that points to criminal action regarding the Digital Vibes contract.

Tahera Mather, one of the beneficial owners of Digital Vibes and a close associate of Mkhize, reportedly splurged R90,000 at a Gucci store in Sandton, using money that was paid to the company by the Department of Health.

READ NEXT: ‘These are difficult times we find ourselves in’, says health DG on Digital Vibes saga

His suspension will last until he appears before a disciplinary hearing regarding his role in the digital vibes saga.

Dr Nicholas Crisp who is the deputy director general responsible for National Health Insurance (NHI) will act in Buthelezi’s role until the hearing process is concluded.