Rodrigues had argued that he suffered memory loss as a result of old age and would therefore be prejudiced should he stand trial. 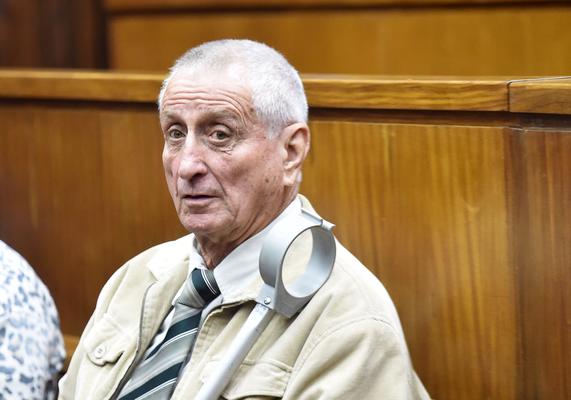 South Africa: Johannesburg: Former apartheid police officer Joao Rodrigues appears at the at the South Gauteng high court, Rodrigues was an officer in the apartheid-era police's feared security branch, is accused of being part of a group of policemen who murdered Ahmed Timol while he was in custody in 1971. Gauteng. Picture: Itumeleng English/African News Agency (ANA) 762 22.10.2018

For the first time since the dawn of democracy, the murder of an anti-apartheid activist will go to trial. This after the High Court in Johannesburg rejected an application by 80-year-old apartheid-era police officer Joao Rodrigues for a stay of prosecution in the charges he faced for the alleged murder of activist Ahmed Timol.

Rodrigues stands accused of having pushed Timol out of a 10th-storey window while in police custody at John Vorster Square (now Johannesburg Central police station) in 1971.

In handing down the ruling, Judge Seun Moshidi cautioned that the refusal of a permanent stay of prosecution did not mean society was required to be vengeful of those alleged to have committed serious crimes in the past. He said the decision was rather an affirmation that the principles of accountability stood at the doorway of the country’s constitution.

The application was dismissed, but no order was made as to the costs.

Rodrigues had argued that he suffered memory loss as a result of old age and would therefore be prejudiced should he stand trial. Also brought into the argument was the issue of political interference in the National Prosecuting Authority (NPA) between 2003 and 2017.

The court concluded that although there was political interference, investigating it further for the purpose of this matter was not necessary.

“We are excited and truly humbled,” said Timol’s nephew Imtiaz Cajee, who spearheaded the call for the case to be reopened.

“We knew the truth would be on our side and today the judgment is not just a victory for Ahmed Timol but for all the other activists who died in police detention. Twenty-five years after democracy, there has been no progress in these investigations and it is a clear message that the full bench has sent today – apartheid era perpetrators can no longer use the excuse of the time delay or, like Rodrigues did, talking about his age. That will simply not hold.”