'It is evident that accused number two is a pathological liar and skilled manipulator,' says Judge Jacob Frances.

The State has raised questions surrounding the validity of the psychosocial report on the alleged mastermind behind a group dubbed “Electus per Deus” that committed 11 murders and various other crimes in Krugersdorp between 2012 and 2016.

This comes after probation officer and social worker Annette Vergeer told the Gauteng High Court in Johannesburg during pre-sentencing on Monday that information obtained from the accused Cecilia Steyn and her family could not be verified.

“We could not establish Steyn’s upbringing – whether it was good or bad to contradictions from the accused and the family (sic). Her mother said she went to university, but the documentation was never provided. The accused, however, said that she only completed Grade 9 and was expelled from school,” Vergeer told the court.

“That is correct, my lord,” Vergeer said in response.

Roberts told the court that 11 people had been killed on Cecilia’s instructions. The killings were committed by a group dubbed “Electus Per Deus” (Chosen by God).

The group included her co-accused Zak Valentine and Marcel Steyn.

Marcel’s brother, Le Roux Steyn, who was also part of the group, entered into a plea bargain with the State and was sentenced to 35 years for seven murders. Ten years of his sentence was suspended on condition that he testify at the trial.

Judge Jacob Frances, in his judgment handed down in June, described Electus Per Deus – led by Cecilia Steyn – as a “religious scam”.

“It is evident that accused number two is a pathological liar and skilled manipulator. She was an evasive witness and came across as argumentative,” he said.

The State questioned Vergeer on whether she experienced Steyn as a “pathological liar and a manipulative”.

“I did not find her to be manipulative. If she wasn’t forthcoming with me, it would be her loss,” she said in response.

The social worker, who found that Steyn showed no remorse, noted that even after her conviction, Steyn did not implicate anyone in the alleged crimes.

“She did not implicate anybody because [that’s] the bare essence of her defence, she had a bare denial,” Roberts said in response.

Vergeer further told the court that the accused indicated that she would not appeal her sentence for now. 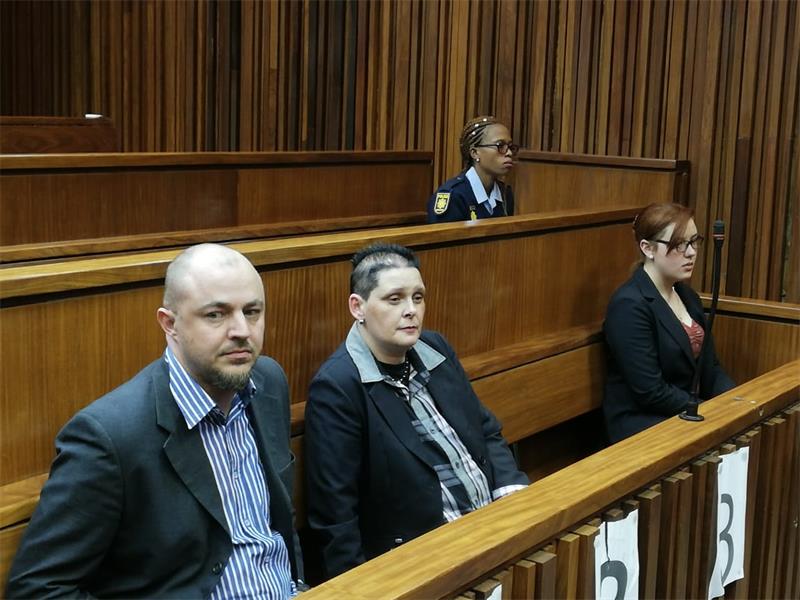