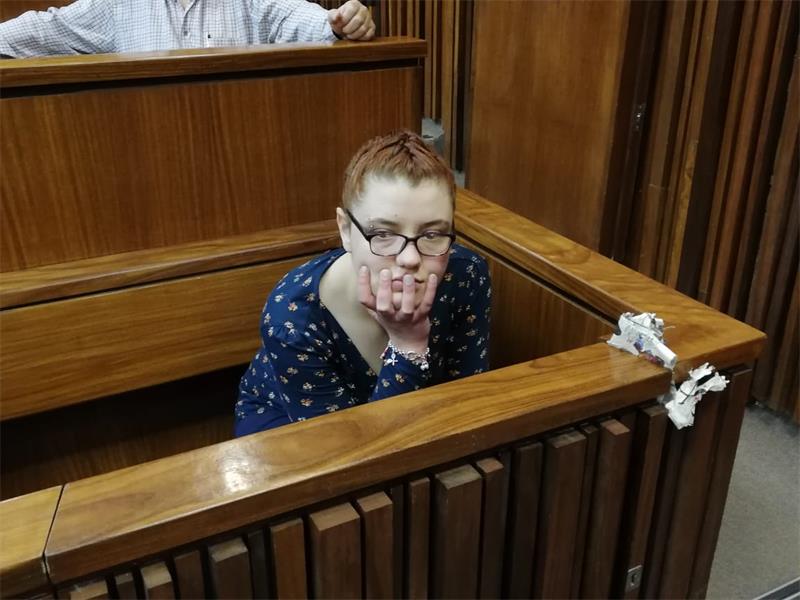 A psychosocial report on the youngest accused in the high profile “Krugersdorp Killers” case – sitting in the Gauteng High Court in Johannesburg – reveals that 21-year-old Marcel Steyn has no “psychopathic demons or traits”.

“She reported a number of mental health symptoms, but not to a clinical extent. She has no psychopathic demons or traits,” psychologist Rosalind Macnab told the court.

“Her believing that she had psychopathic traits came from Cecilia Steyn telling her that, but the test showed that there were no traits.”

Macnab was delivering the psychological profile of Marcel – which includes looking into her personality and social functioning, personal and social circumstances, as well as her academic history – in the Gauteng High Court in Johannesburg on Tuesday during the pre-sentencing of the three remaining accused: Marcel, Zak Valentine, and Cecilia Steyn.

The three who were found guilty of 32 counts between them – including murder, fraud, racketeering and robbery – formed part of a group dubbed Electus Per Deus (Chosen by God) between 2012 and 2016, which committed 11 murders in the Krugersdorp area between 2012 and 2016.

Marcel was 14 when she participated in the murder of Zak Valentine’s wife, Mikaela.

The court previously heard that Cecilia wanted Mikaela killed because she “wanted out” of Electus Per Deus. Marcel’s mother, former school teacher Marinda Steyn, is currently serving 11 life terms and 115 years in prison.

Marcel’s brother Le Roux Steyn, who was also part of the group, entered into a plea bargain with the State and was sentenced to 35 years for seven murders. Ten years of his sentence were suspended on condition that he testify at the trial.

Another member of the group, John Barnard, who also testified during the trial is currently serving 20 years, News24 earlier reported.

“Those are the presenting problems that she has. She is presenting those features. She doesn’t, however, get to the point where she loses touch with reality,” Macnab explained.

Macnab added that Marcel’s abuse of illegal substances was due to her desire to escape her psychological pain, which could be attributed to her upbringing.

“Marcel either has abused or is currently abusing illegal drugs to help her moderate her psychological pain.

“What it is basically saying is that the drugs she used assisted her in detaching herself from her emotions. She uses fantasy as a way to escape,” Macnab explained to the court.