This week's arms deal judgment will have implications for many future commissions of inquiry. 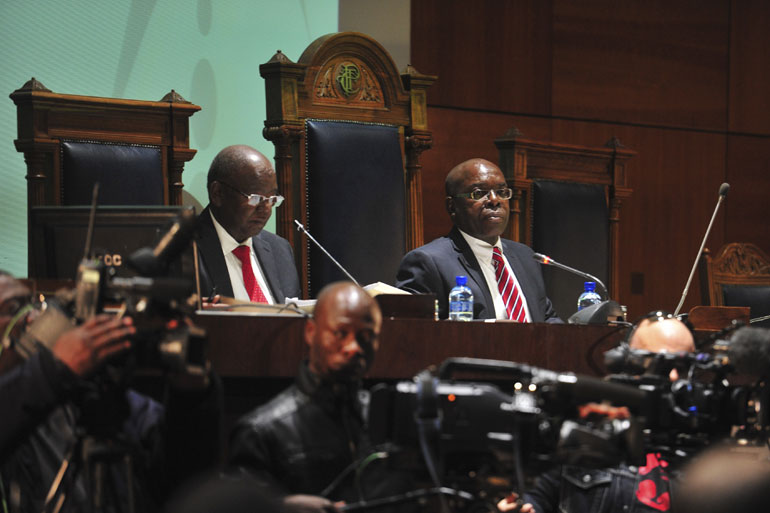 In a precedent-setting judgment, the Gauteng High Court in Pretoria set aside the findings of the 2015 Seriti commission report into the billion-rand arms deal.

Before this ruling, there had been no judgment concerning reviewing the findings of a judicial commission of inquiry – not in South Africa, or Africa.

Right2Know’s Ghalib Galant said the ruling had sent a message to the chairpersons of commissions that how they conducted their business was subject to judicial reviews.

As pointed out by Galant, commissions, within their investigative mandate, should carry out their mandate without prejudice or favour. Going forward, commissions can be subject to the same processes as retired judge Willie Seriti’s report.

Galant explained in order to decide whether a commission should undergo a judicial review, a rationality test would be done. This speaks to the evidence before the commission and how the chairperson(s) deal with that evidence.

The judgment, handed down on Wednesday, ruled the arms deal commission had failed to properly inquire into matters it was mandated to and failed to consider key evidence and witnesses. Should another commission do this, it would fail the rationality test.

This, Galant said, spoke directly to the behaviour of the chairpersons.

At least five commissions of inquiry have been set up under President Cyril Ramaphosa’s leadership and for most of them, their goal is or was to inquire into an issue and make findings as well as recommendations to the president.

However, the arms deal judgment sets a standard for these commissions and their chairpersons in the interest of the public.

Judge President Dunstan Mlambo said the review of the commission was initiated based on allegations that “the commission had failed to carry out the task assigned to it under the Constitution and within the framework of the principles of legality”.

The counsel for the applicants in the case, advocate Geoff Budlender, asserted that “all these allegations were sufficiently serious to require investigation and careful questioning from the commission”.

In the judgment, before going into the veracity of the allegations concerning the commission itself, Judge President Mlambo deliberated on case law concerning “whether this court has the power to review the findings of a judicial commission of inquiry”.

Using international case law, which he said applied to a South African context, Judge President Mlambo first detailed the functions of a commission of inquiry to answer this question.

“Reports of a commission do no more than state opinions, conclusions and recommendations, which are not binding. However, the court went on to say: ‘There has been no suggestion that the commission is empowered to make erroneous decisions on questions of law during the course of its inquiry’.”

In another case, Judge President Mlambo said, the court had ruled a commission could be reviewed if it went beyond its terms of reference, which were already quite wide, or if “it breached the principles of natural justice”.

“The court noted the significance in finding that error of law was also a ground for review lay in ‘the importance of showing the integrity of the essential findings of a report in its answers to the terms of reference’.

“This means there is a legitimate public interest in those findings being based in law if the purposes of the report are to be achieved.”

The judgment highlighted the importance of commissions of inquiry to a constitutional democracy. This includes public interest, which warrants a judicial review of a report.

Likewise, in Canada, Judge President Mlambo pointed out: “The court found there was an obligation of a commission of inquiry to comply with a standard of procedural law of fairness in the manner in which its proceedings were conducted.”

According to the court, a commission’s findings could be challenged if “it was seen to be acting beyond its terms of reference, breached principles of procedural fairness or if a commission was perceived to be biased against certain witnesses”.

Case law cited in the judgment explained that “there is no doubt that if in its ruling the commission had fallen into a material error of law, or had laid down a procedure transgressing the principles of natural justice, or had reached a decision not open to a reasonable tribunal, a judicial remedy would be viable”.

Galant said the judgement had sent an important message to the judiciary.

The judges, in their ruling, took to task another senior member of the judiciary. This, he added, affirmed the standards and independence of the judiciary to hold itself accountable.