The State previously placed it on record that they would be calling for the harshest sentence possible, which, for rape, is life imprisonment. 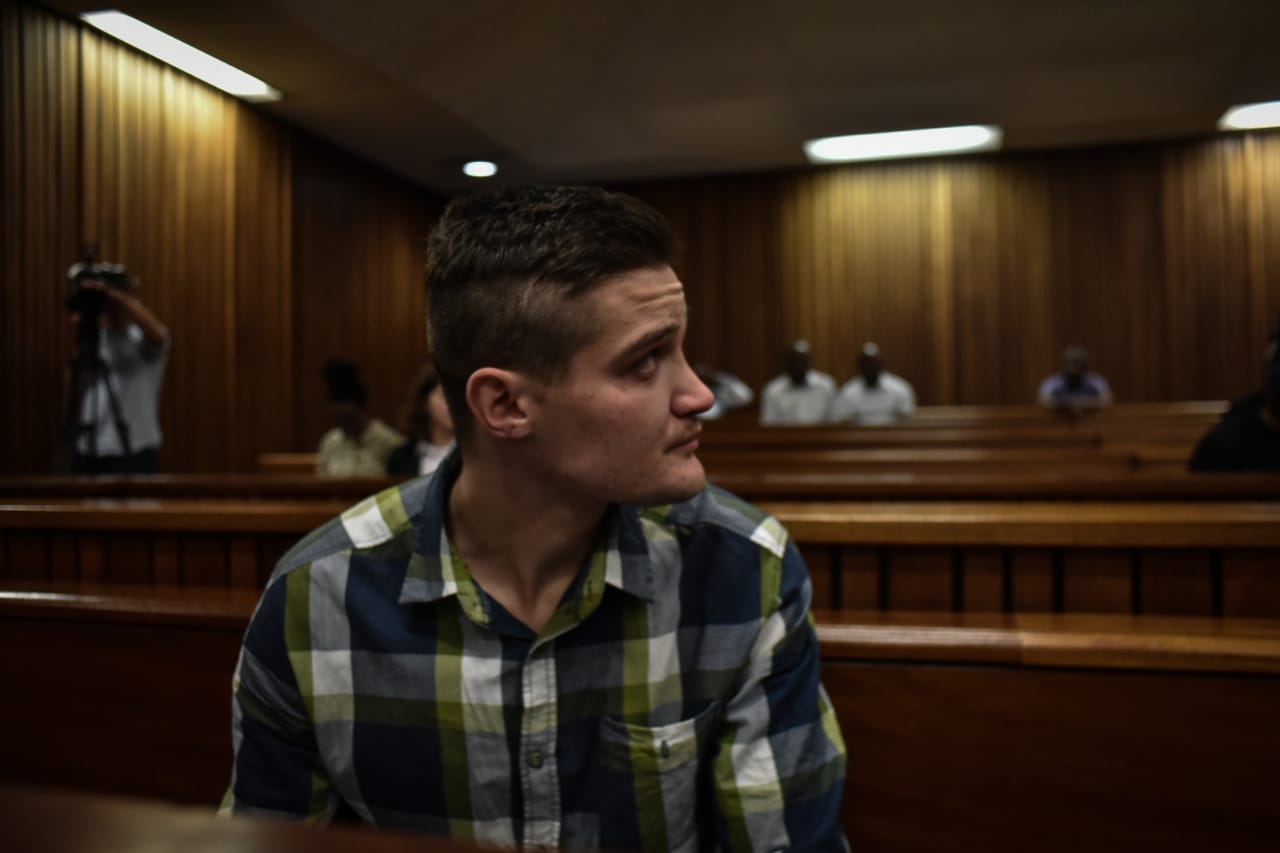 Nicholas Ninow appears in court during the third day of his trial. Picture: Jacques Nelles

Convicted rapist Nicholas Ninow is expected to take the stand on Wednesday, when he testifies in mitigation of sentence. This is after he was found guilty of raping a 7-year-old girl in the bathroom of a Dros restaurant in Pretoria in 2018.

He was found not guilty of assaulting two Dros employees after he was caught, and a kidnapping charge was withdrawn by the State before the trial commenced.

The State previously placed it on record that they would be calling for the harshest sentence possible, which, for rape, is life imprisonment.

The postponement for sentencing was granted by the Gauteng High Court in Pretoria after prosecutor Dorah Ngobeni told the court that this was necessary to obtain the victim impact report and probation report.

News24 previously reported that Judge Mosopa had rejected Ninow’s version that he was in the bathroom first, doing drugs, when the victim entered and asked to urinate.

Judge Mosopa found that Ninow had stalked the victim, followed her into the bathroom and then raped her, making his actions premeditated and not impulsive as he had said in his plea explanation.

“The only reasonable inference the court can draw is that the accused saw the victim playing in the play area, saw her going to the bathroom, followed her and then undressed and raped her,” said Judge Mosopa.

He found that Ninow gave no reasonable explanations for moving closer to the children’s play area or for choosing to use the women’s bathroom.

Judge Mosopa also found that Ninow’s actions were premeditated in that he changed his seat at the restaurant so that he could have a clearer view of the children’s play area to stalk his victim and strike when the opportunity presented itself.

News24 recently revealed that Ninow is being held in a single cell, separate from the general population of Kgosi Mampuru prison in Tshwane.

According to Department of Correctional Services spokesperson Singabakho Nxumalo, the assessment by various specialists found that Ninow could be a threat to himself and that other inmates could also target him because of his elevated profile.

He added that the assessment was ongoing and it could later be determined that Ninow should be moved to another section of the prison or another facility entirely.