Charges withdrawn against man who called Ramaphosa the ‘k-word’ – lawyer

At the time of Kessie Nair's arrest, his family said he was mentally unwell and they did not share his sentiments. 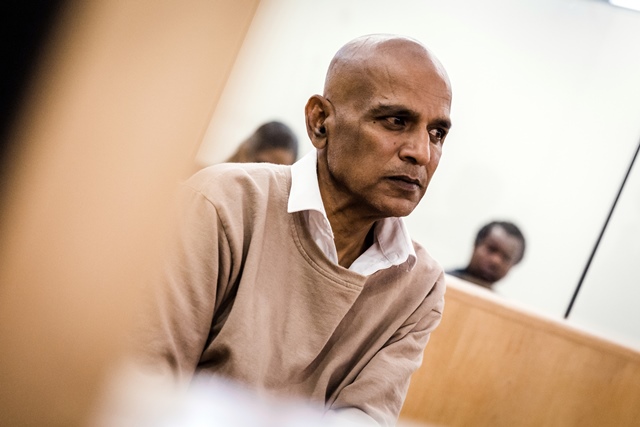 Charges have been withdrawn against former KwaZulu-Natal councillor Kessie Nair who called President Cyril Ramaphosa the k-word in a video on Facebook, his lawyer said on Thursday.

Nair’s attorney Chris Gounden told News24 that charges were withdrawn against Nair on Wednesday due to legal points and delays.

“Eventually they realised they didn’t have a case,” Gounden said.

Nair faced charges of crimen injuria and incitement in a Verulam Court following his arrest on September 19, 2018.

At the time, his family said he was mentally unwell and they did not share his sentiments.

News24 reported that he said: “I… do hereby call for that k****r state president Mr Cyril Ramaphosa, yes I mean the k****r state president Cyril Ramaphosa, to be charged for frauding (sic) this nation, for oppressing this nation, for high treason, for failing and he’s the source to (sic) all crime, violence, poor healthcare, poverty that prevails in a so-called true democracy.”

However, he denied that he was mentally unwell, and threatened to sue the government if he went for mental observation and was found to be of sound mind.

In his affidavit for his bail application, he reportedly said he considered the charge “petty” and likened it to urinating in public – something that would not get him a life sentence.

There were also attempts at getting the presiding officer removed, and accusations that the case is just about pleasing the president.

He was eventually released on bail, and was on bail at the time of the National Prosecuting Authority’s (NPA) decision.

Gounden told News24 that the person who is directly harmed by crimen injuria and intimidation is supposed to testify about how it makes them feel – not a third party.

He said a third party had laid the charges against Nair, but this person cannot say how the comments made the purported victim, in this case Ramaphosa, feel.

He said the information would be “second-hand” if it did not come directly from the person the alleged crimen injuria was directed at.

He said there were also delays in the case, and so the case was withdrawn.

NPA spokesperson Kholiswa Mdhluli said: “Mr Kessie Nair’s matter was provisionally withdrawn as a statement from the complainant is still not filed.”

This came as a shock to former councillor Brandon Pillay who laid the complaint.

“No way!” said an astounded Pillay.

He said he had given a sworn statement, and print-outs of Nair’s Facebook posts when he reported it to the police.

“And the initial investigating officer came to me for further information. That was done.”

He said after Nair’s bail application another investing officer became involved and wanted supporting affidavits from some of the people, besides the president mentioned in Nair’s post.

Pillay told the investigating officer he could not be responsible for gathering those, and was never contacted after that.

“I’m quite surprised, I’m shocked to hear this,” said Pillay.

He said Nair would not have appeared in court if not for his sworn statement to the police and he could not have known that they needed another affidavit from him.

Nair apologised in a video recorded by News24 while the case was still under way.

The news was also not well received on social media, with immediate comparisons between his case and that of Vicki Momberg who had also used the k-word, and was put back in jail on Wednesday, the day his case was withdrawn.

Momberg was taken into custody to serve the rest of her two-year sentence for failing to appear before the Randburg Magistrate’s Court in August, after unsuccessfully appealing her crimen injuria conviction, Sunday Times reported.