The mother, aged 27, and her daughter, aged just 7, were stabbed to death on 12 June. They were found in a house at 66 Commerce Street in Belhar. 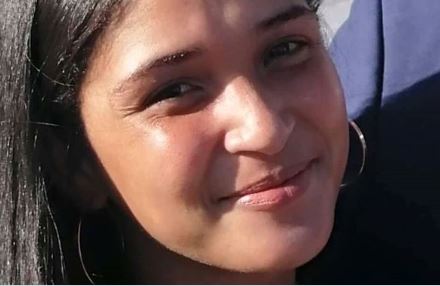 Altecia Kortje, who was murdered together with her 7-year-old daughter, Raynecia, allegedly by Ryan Kyle Smith after she broke up with him. Picture: Twitter / @sabreakingnews

Murder accused Ryan Kyle Smith, who allegedly stabbed to death mother and daughter Altecia and Raynecia Kortje in Cape Town, wants to be released on bail.

This was heard on Monday at the Bellville Magistrate’s Court in Cape Town.

The mother, aged 27, and her daughter, aged just 7, were stabbed to death on 12 June. They were found in a house at 66 Commerce Street in Belhar.

Smith, 28, was arrested for the killings, and he appeared in court on Monday for a second time. He wore an all-black tracksuit with bright red branding, and a short, neat haircut. He is of medium height and fit-looking, with a slender, athletic build.

The court heard Smith intends applying to be released on bail. He believes he has grounds to ask for his freedom, because he has a clean record and no prior convictions.

But his anticipated application for bail did not go ahead, as expected, because of a key micro-investigation.

The court heard that Smith had provided the State with two residential addresses he said he would spend time if granted bail. But these now first have to be personally checked and authenticated by the police investigating officer.

It will take place this week, and Smith is due to appear in court again on Monday, 29 June.

The State will oppose bail.

The court heard the court roll is already jam-packed with more than 30 cases for that day, due to numerous delays and postponements in the court system caused by positive Covid-19 cases.

Therefore, Smith’s bail application will only be heard if there is time remaining on 29 June.

Outside the court, several women protested against gender-based violence, with graphic signs and a pair of women’s panties with embroidered words, “No bail for killers”.

At Smith’s first appearance in court on Monday, 15 June, News24 was told by several women – including an in-law of the victims’ extended family – that Altecia had made a desperate bid to protect herself by approaching various state agencies, as she had feared for her life.

Kortje, though, had been turned away due to Covid-19 regulations – and had instead been left vulnerable, and her murder had followed.

These allegations prompted the department of justice and correctional services to refer the allegations to the public protector.

“If Altecia was indeed turned away, there will be grave consequences, as Altecia should have been assisted. No one who seeks help should ever be turned away. We therefore need the public protector to investigate as to what happened at court on that morning,” said Deputy Minister of Justice and Correctional Services John Jeffery.