The judge says once Agrizzi has been discharged from hospital he should report to the Douglasdale police station every Friday between 8 am and 6 pm. 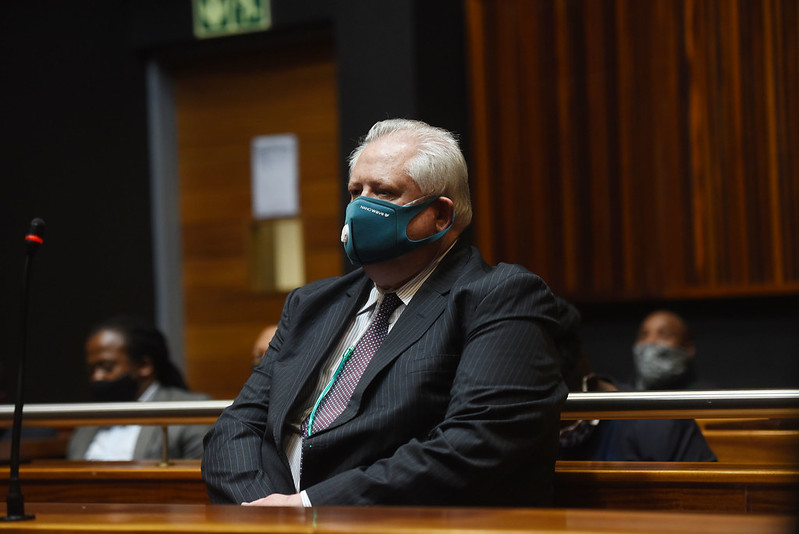 The Johannesburg high court has set aside the Special Commercial Crimes Court’s decision to deny former Bosasa chief operating officer Angelo Agrizzi bail and replaced it with an order that he should be “admitted to bail”.

Handing down judgement on Friday, Judge Ratha Mokgoatlheng ordered that Agrizzi be granted bail to the full value of the purchase price of a property he bought in Italy.

The Special Commercial Crimes Court heard that Agrizzi had lawfully transferred and invested R30 million in the Italian property which he failed to declare, subsequently leading the state to argue he would abscond from his trial if granted bail.

Mokgoatlheng ordered that Agrizzi should be released immediately from custody.

The judge said Agrizzi should acknowledge his bail be automatically revoked and he would be remanded in custody within 48 hours if he breached any of the bail conditions and had not met any of the conditions by 4pm on 10 November.

Agrizzi is expected to hand over the original title deed for the property in Italy, furnish the National Prosecuting Authority (NPA) with a signed guarantee of the property and give full and frank disclosure to the NPA of all his foreign assets, including those in the name of Debra Cindy Agrizzi.

Mokgoatlheng further ordered Agrizzi to inform the NPA of all the funds he relocated to other accounts and the sale and disposal of assets.

Agrizzi was ordered to appear in the Palm Ridge Magistrate’s Court on 3 December and to further appear in the court on the occasions it will determine.

Agrizzi was further ordered to hand over his passport, including an Italian one if he has it, and travel documents to the Hawks investigator by 6pm on 3 November, not to apply for a passport or any travel documents, not to go within 150 metres any of South Africa’s international points of departure, not to change his residential address without informing the Hawks investigator two weeks prior and not to leave the province of Gauteng.

Mokgoatlheng ordered once Agrizzi has been discharged from hospital, where he is receiving medical attention following a heart attack, he should report to the Douglasdale police station every Friday.

Mokgoatlheng said if Agrizzi could not report to the police station he should appoint a nominee to provide a medical certificate valid for seven days at a time.

Agrizzi was ordered not to contact any witnesses in the case.

Mokgoatlheng said the lower court’s “factual and legal finding” that no amount of bail and bail conditions could keep Agrizzi in the country was flawed because the court did not explore every legal avenue which governs bail mechanisms.

Mokgoatlheng said Agrizzi’s medical condition also had to be considered.

Smith faces corruption charges which related to a CCTV and security system installed at his home in October 2014 and two payments totaling R671 000 to his company, Euro Blitz, in 2015 and 2016.

The payments were allegedly initiated by Agrizzi, who has also been charged for his role in making the payments to Smith.

Smith faces fraud charges for his failure to declare the gifts in the parliamentary register of members’ interests.

It’s alleged Smith acted in a manner that favoured Bosasa during his tenure as chairperson of the portfolio committee on correctional services in exchange for benefits.