A braai brings the town of Senekal back together

Not only did the group decide to have a braai to get to know each other, but they also formed the Senekal and Matwabeng Forum to clean up the town. 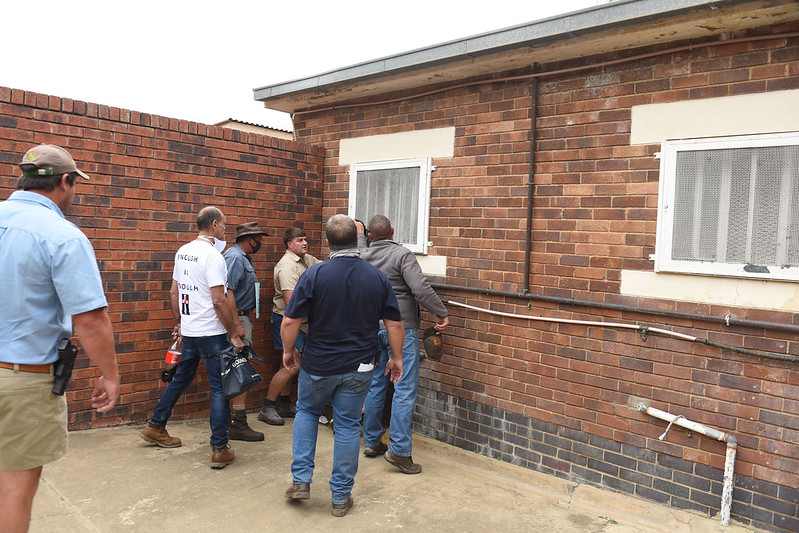 Farmers are pictured outside Senekal magistrates court on the 6th of October 2020. The support was in retaliation of the murder of 22 year old Brendin Horner. When the crowd heard the suspects were still at the courtroom, they attempted to break into the holding cells and the situation turned volatile, with police cars being turned over and set on fire. Picture: Tracy Lee Stark

Following the chaos in October and the mass protests by various organisations and political parties, a braai seems to have brought the town of Senekal back together.

Jess de Klerk, chairman of the Senekal Security Association, said since the protest at the beginning of October, residents, church leaders and even political leaders had decided to stand and work together.

This article was previously exclusively reserved for The Citizen’s Premium subscribers.

Read it for free today and see what great content lies behind our paywall.

“It is going well in Senekal and the surrounding areas. Though the farmers are still spooked by the incident in October, they are hard at work,” De Klerk said.

He said the farming community did not attend the court appearances of the suspects linked to the Brendin Horner murder case because the case was constantly being postponed.

“The day after the big protests in Senekal, a local pastor contacted me and asked to get together.”

De Klerk said during the meeting between stakeholders – including church leaders and political party leaders – they realised they had common interests and problems. Not only did the group decide to have a braai to get to know each other, but they also formed the Senekal and Matwabeng Forum to clean up the town.

Pastor John Mathuhle said it was now business as usual in town.

“The public is not fazed with the case. I drove past the court this morning and it would seem everyone is going about their own business. The forum is the blessing that came out of the protest,” Mathuhle said.

He said he was very proud of the ordinary residents of Senekal who have come together and taken responsibility for the town. He explained the forum’s vision was to clean, fix, plant and paint the town.

“The idea is to lift up the community.”

Mathuhle said one of the first projects the forum took on was a clean-up campaign at the local stadium.

“On the day we had the first tournament in years.” Mathuhle said he has recently been contacted by other towns after the forum’s positive feedback. “It feels like we are beginning to heal.”

De Klerk said they were still waiting to see if Police Minister Bheki Cele would deliver on his promises. He said to date no feedback had been given on what stage the investigation was in.

Sekwetje Mahlamba and co-accused Sekola Matlaletsa appeared in the Senekal Magistrate’s Court on 1 December in connection with the murder of Horner, whose body was found hanging from a fence pole outside on a farm in Paul Roux some 30km from Senekal. The case was postponed to 22 January.

Free State National Prosecuting Authority spokesman Phaladi Shuping said the pair would apply for bail in their stock theft matter on 8 December. Shuping said Matlaletsa, who was released on bail in the Horner murder but rearrested for stock theft, was also facing two counts of rape and two of kidnapping of two minors.

Matlaletsa was released on R5,000 bail on 23 October after the court found the state did not have a strong case against him.

'SA not a failed state,' say ministers ahead of mooted meeting with hostage takers
23 hours ago
23 hours ago

'SA not a failed state,' say ministers ahead of mooted meeting with hostage takers
23 hours ago
23 hours ago