Calls for Judge Hlophe’s suspension based on vendetta – lawyer

Attorney Barnabas Xulu released a statement on the judge president's behalf to address calls for his suspension after he kicked out the corruption case of ANC MP Bongani Bongo. 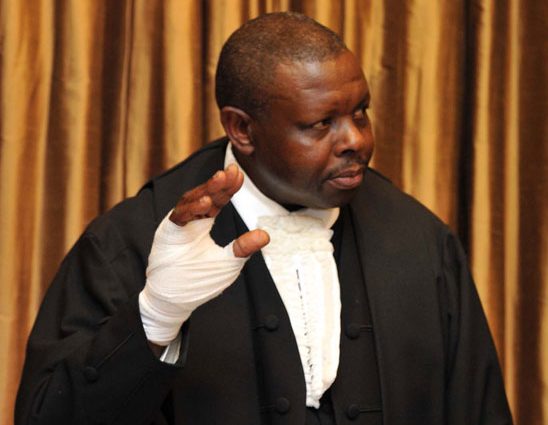 Calls for the suspension of Western Cape High Court Judge President John Hlophe are based on a personal vendetta, his lawyer said in a statement.

Attorney Barnabas Xulu released a statement on the judge president’s behalf to address calls for his suspension after he kicked out the corruption case of ANC MP Bongani Bongo.

On Friday 26 February, Hlophe granted Bongo’s application for a discharge in terms, launched in terms of Section 17 of the Criminal Procedure Act, and acquitted him of the charges. Hlophe ruled that the State had failed to produce enough evidence to require a defence from Bongo.

However, former Constitutional Court justice Johann Kriegler and Freedom Under Law (FUL) have called for Hlophe’s suspension, saying the decision is “clearly wrong and shows what harm just one dishonest judge can do”.

Xulu said Kriegler’s statement was one of many “attacks” on Hlophe over the years.

“The statements attributed to Justice Kriegler are serious, deliberate and disparaging of a sitting judge for having taken a decision in the execution of his judicial functions. They are unfounded and without merit. They appear to be based on a general negative view long held by Justice Kriegler against Judge President Hlophe,” the statement read.

Xulu added that his client would not take further action against Kriegler at this time, but felt it was important to “set the record straight”.

No complaints have been laid with the constitutional body responsible for assessing judicial misconduct, the Judicial Service Commission (JSC), against Hlophe, Xulu added.

“It is important for the public to know that a judge cannot be suspended simply because certain influential persons disagree with that judge’s analysis and/or conclusion in their judgment,” the statement added.

“It is also important to note that unhappiness with the outcome of a case cannot be a basis for a misconduct complaint against a judge. Such a situation would be untenable.”

Zuma's corruption case to be heard today, in his absence
51 mins ago
51 mins ago

Zuma's corruption case to be heard today, in his absence
51 mins ago
51 mins ago