The ANC is also seeking a punitive costs order against the DA. 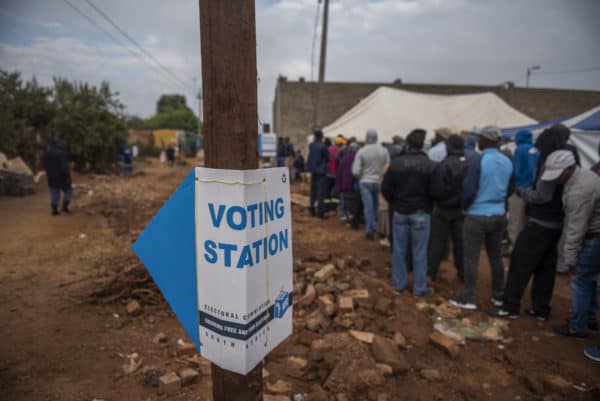 Both the Independent Electoral Commission (IEC) and the ANC have signalled their intention to oppose the Democratic Alliance’s (DA’s) application, which is challenging the decision to reopen the candidate registration process for the 2021 local government elections.

On Monday, the IEC announced it would reopen the candidate registration process after the Constitutional Court (ConCourt) dismissed its application to postpone the municipal elections to February 2022.

The matter prompted the DA to file papers at the ConCourt and Electoral Court in a bid to overturn the decision, with the party arguing the move was in favour of the ANC.

This is due to the ANC failing to submit its candidates in 93 municipalities by the 23 August deadline.

While the IEC has already defended its decision to reopen the candidate registration process, the commission – in its notice of opposition – said the DA’s application as “untenable in law and premature on facts”.

The commission also described the DA’s application as “an impermissible attempt” to have the ConCourt second-guess its decisions.

“The commission contends that the relief sought amounts to an impermissible attempt by a political party involved in an election to have this court second-guess decisions of the commission concerning the proper holding of the elections, midway through the electoral process; and fails to take into account the need for affording appropriate respect to the commission in making decisions in fulfilment of its constitutional duty to ensure free and fair elections,” the notice reads.

It further asked the ConCourt to dismiss the party’s application without the need for a hearing.

Meanwhile, the ANC has also asked the ConCourt to dismiss the DA’s application, saying it is “irrational”.

“The IEC’s determination can only be challenged on circumscribed grounds, such as irrationality and unreasonableness, but may not be second-guessed as the DA wrongly seeks to do.

“The DA’s arguments are irrational. The DA concedes that fresh registration of candidates will be permissible in certain circumstances, but it irrationally argues that in this case the IEC should not have amended the time table to allow all candidates who wish to register afresh. The distinction sought to be drawn by the DA is wholly irrational and borders on abuse of court process,” the party said in its papers.

The ANC is also seeking a punitive costs order against the DA for the “spurious, unfounded and vexatious accusations” it made against the ruling party and the ConCourt.

“The DA has made scurrilous and baseless accusations that the ANC is working clandestinely with the IEC or that the IEC has intentionally sought to favour the ANC. The accusation is false and has been made recklessly by the DA. These allegations were damaging impact of the the ANC and this Court, in which it claimed that the ANC had received advance warning of the content of the judgment delivered on 4 September 2021.”

Cooperative Governance and Traditional Affairs (Cogta) Minister Nkosazana Dlamini Zuma on Wednesday announced a new date for the elections, which has been set for between 1 November.

This is after the ConCourt ordered the commission to hold the municipal elections between 27 October and 1 November.

The voter registration weekend will be from 18-19 September.