Ngwenya knew his victims. He was raised and financially supported by the woman he murdered. 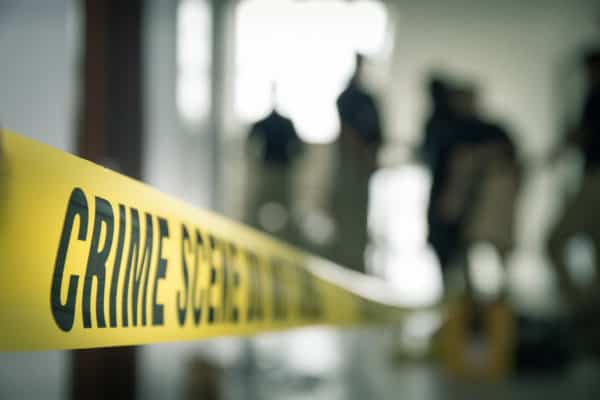 In Middelburg, the High Court has convicted and sentenced 35-year-old handyman Precious Lucky Ngwenya to two life sentences plus another 18 years for killing a mother and daughter.

Ngwenya, from Bushbuckridge, was convicted of two counts of murder, one count of robbery with aggravating circumstances and one count of kidnapping.

The crimes were committed in 2016 in Clewer, Robertson Street.

Ngwenya was working as a handyman at the home of Simangele Shabangu. Shabangu had approached Ngwenya with an offer of temporary employment for his wife, Nompumelelo Ngwenya.

Shabangu said she was expecting visitors and needed assistance to tidy up her home.

Ngwenya arrived at the Shanbangu home and found her standing by the garage. He then stabbed Shabangu several times before strangling her to death.

He forced Nozipho into the boot of her mother’s Polo vehicle and drove to a cemetery in Kraaifontein.

Ngwenya stabbed Nozipho to death before fleeing the scene with cellphones and bank cards in the Polo.

Nozipho’s body was found by municipal workers who were cleaning the cemetery three days later and alerted the authorities.

Ngwenya was arrested in Phalaborwa after being involved in a car accident in the Polo that belonged to Shabangu.

The handyman was initially charged with his wife Nompumelelo, but the charges against the wife were withdrawn because she could not be linked to his actions.

During a marathon trial, Ngwenya kept changing attorneys, which the state viewed as a delaying tactic.

Among the evidence led was the DNA found on Ngwenya’s boxer shorts.

His wife also told the court how events unfolded.

Her version of events was corroborated by evidence from doctors who conducted the postmortems on both victims.

They testified the victims died as a result of stab wounds to the chest.

The court also heard from Shabangu’s second daughter, who described her mother as a “social person who was loved by everyone and the centre of their family”.

She said Christmas and Easter holidays were no longer the same since the death of her mother.

During sentencing, state advocate Zwelethu Mata said the killing of women and children in our society has “become very rife”.

“Women are killed by the people that are known to them as in this case. Ngwenya was raised by Shabangu, who financially supported him and was even considered part of the family,” said Mata.

He added that Ngwenya “bit the hand that fed him”.

The community had also been affected by Shabangu’s murder because they (the community) had benefited from her NGO, which provided HIV and Aids education.

Ngwenya was sentenced to life terms for each murder, 15 years imprisonment for robbery with aggravating circumstances and another three years for kidnapping.

The National Prosecuting Authority welcomes the conviction and sentence.