Zimbabwean Majonhi allegedly hacked her husband to death with a hammer in the North West before dismembering him and throwing his body parts down six different pit toilets. 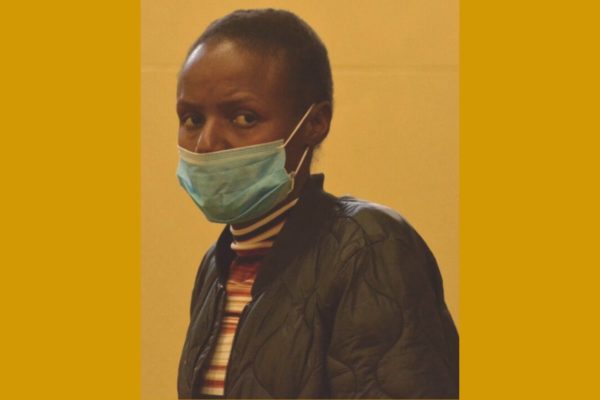 Medical reports have confirmed that Zimbabwe-born Nancy Majonhi is too ill to attend court proceedings.

The murder case against Majonhi has been postponed to 9 November for further medical and mental attention.

The hospital currently treating Majonhi submitted the medical report to the Mogwase Magistrates Court, in the North West, on Tuesday.

According to her mental evaluation report, doctors are concerned about Majonhi’s reluctance to eat and take prescription medication. She will remain in hospital under observation to improve her health and mental state before her next court appearance.

The National Prosecuting Authority (NPA) said it hoped for a speedy recovery in order to proceed with the bail hearing and the trial itself.

The state intends to oppose bail.

Police reports and the state alleges that Majonhi was staying with her husband, Prosper Chipungare, 44, at a rented room in Ledig near Sun City when they had a fight on 28 July 2015.

North West police say the couple got into an argument and Majonhi assaulted her husband with a hammer until he fainted.

She then hacked him with a spade and threw the body parts down three different pit latrines.

After the murder, Majonhi cleaned the room where the incident occurred, removing all traces of the violent confrontation.

She then went to the Sun City Police Station to report her husband missing. Majonhi then fled to her home in Zimbabwe after the crime.

After some years, she reported being “haunted by his spirit”, which kept her awake at night.

Majonhi confessed to her family and in-laws that she had killed her husband.

The families arranged for her to return to South Africa and she handed herself over to the authorities.

Majonhi pointed the police to the different pit latrines where she threw the body parts six years ago.

Police managed to retrieve a skull and bones, which have been sent for DNA analysis.